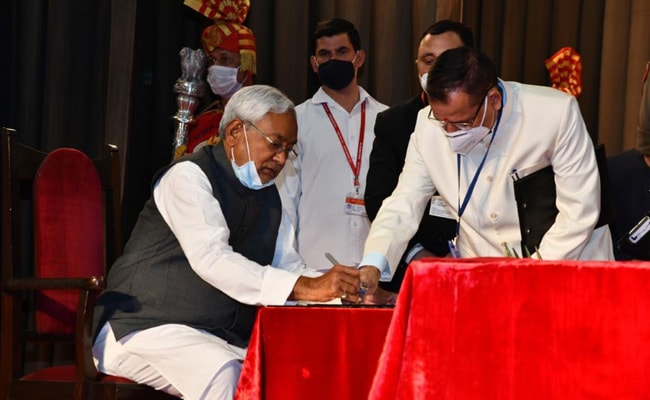 Sushil Modi, the former Deputy Chief Minister of Bihar who was replaced this time by two other BJP leaders, will be missed, his former boss Nitish Kumar said today. Asked if he would miss Mr Modi, Mr Kumar — who took oath as Chief Minister today along with 24 other ministers — said “yes”.

Asked if he would feel comfortable without the 68-year-old, who has been his trusted ally for decades, Mr Kumar said, “That is the decision taken by BJP… The BJP decides who will hold the post of minister and become Deputy Chief Minister”.

Mr Modi always played the role of trouble shooter when Nitish Kumar came under fire from senior BJP leaders. When he tested positive for coronavirus in the middle of the campaign, he rushed back the moment he got a go ahead from his doctor just to ensure that internal issues in the alliance are ironed out. 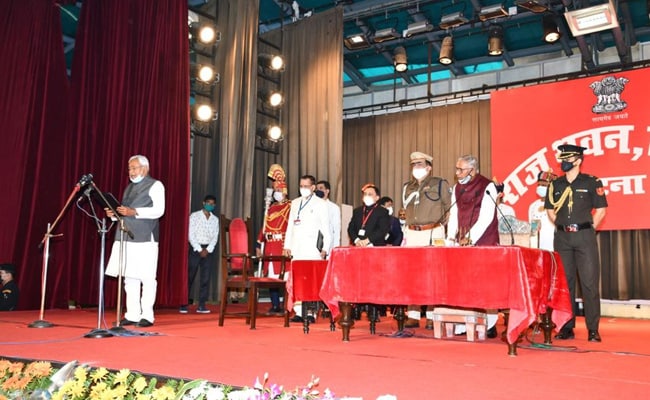 The tallest leader of the BJP in the state, Mr Modi will be receiving a Central assignment, the BJP has said. Sources in the party said he would be made a minister in Prime Minister Narendra Modi’s government.

Asked if Sushil Modi’s ability should be used, Mr Kumar said, “It is the BJP’s decision, ask this question to the BJP”.

On Sunday, after the BJP picked Tarkishore Prasad as its leader in the assembly and Renu Devi as its Deputy leader, and made them deputies of Nitish Kumar, Sushil Modi congratulated them.

“The BJP and the Sangh Parivar gave me so much in the political life of 40 years. I will discharge the responsibility that will be given to me. No one can take away the post of the party worker,” he posted on Twitter. Amid speculation on the BJP move to drop him, several senior leaders extended support to Mr Modi.

“Respected Sushil-ji, you are the leader, you had the post of Deputy Chief Minister, you will continue to remain the leader of BJP in the future as well, nobody’s status is determined by the post he holds,” the Union Minister Giriraj Singh tweeted in Hindi.

Today, Devendra Fadnavis, the Bihar in-charge of the party said, “Sushil Modi-ji is not at all upset. He is an asset to us. The party will think about him, a new responsibility will be given to him”.