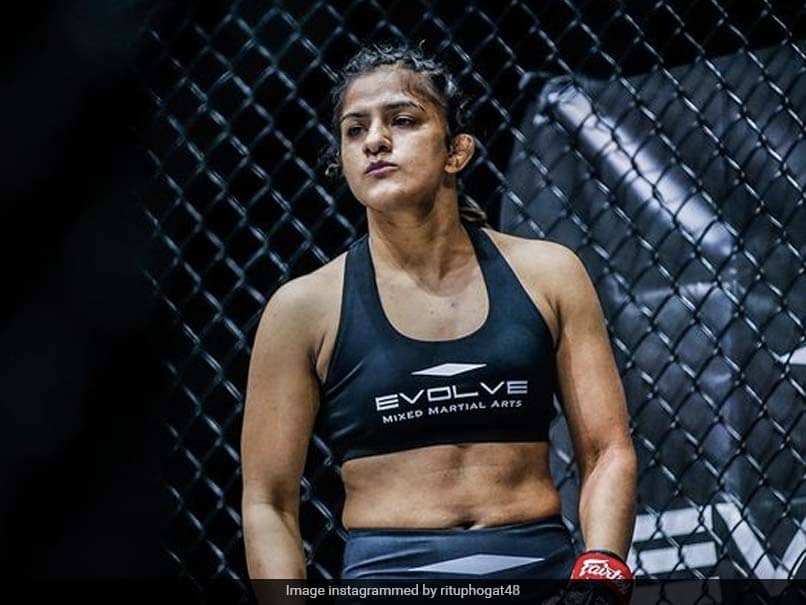 Ritu Phogat said she wishes to make her fans and country proud.© Instagram


Indian Mixed Martial Arts (MMA) fighter Ritu Phogat will unleash her wrestling prowess against second-ranked atomweight Meng Bo of China in ONE: Empower, an all-women’s fight card. The largest global sports media property in Asian history, ONE Championship (ONE), on Saturday announced ONE: Empower, an event to be broadcast live on May 28. Ritu and Meng Bo fight is going to be a nail-biting event as the Indian MMA prodigy looks to clinch the title. Following her back-to-back knockout spectacle of 2020, the “Indian Tigress” is all set to furl the flag of India at the world-renowned MMA circle.

“The World Grand Prix quarter-finals are finally here! I’ve been working towards this title ever since I joined the ONE family. My transition from wrestling to MMA has taken a lot of grit, nerve, dedication, and determination,” said Ritu in a statement.

“Also, it was a dream to be securing a position among the top eight women contenders for the World Grand Prix Quarter Finals. Although half-way there, I am yet not fully there! I have been undefeated so far and want the world to know that we Indians either play to win or don’t play at all. I hope to make my fans and countrymen proud,” she added.