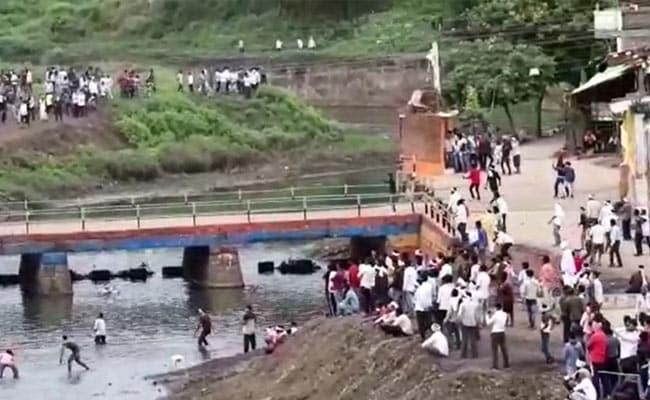 An official said more than 1,000 policemen and a team of 35 doctors were deployed for this fair (File)

Over 400 people were hurt on Tuesday during the annual “Gotmar” fair, in which people line up on either sides of Jaam River in Madhya Pradesh’s Chhindwara district to pelt stones at each other as part of a centuries-old tradition.

In the fair, the people of Sawargaon village and Pandhurna gather on either side of the Jaam river to pelt stones and stop the other side from running away with a flag fixed to a tree placed in the middle of the water.

An official said more than 1,000 policemen and a team of 35 doctors were deployed for this annual stone pelting fair near Pandhurna town in Chhindwara, with drones also being pressed into service to monitor the situation.

District Collector Saurabh Kumar Suman claimed the fair passed off peacefully and lesser people were injured when compared to previous year, adding that he had appealed to people to organise such events only in a symbolic manner.

“Guidelines pertaining to COVID-19 were followed as senior officials were on the spot to monitor the situation,” said Chhindwara Superintendent of Police (SP) Vivek Agrawal.

As per local legend, some 300 years ago, a boy from Pandhurna eloped with a girl from Swargaon and people from the latter threw stones to stop him from crossing the river with her, while his village folk retaliated in the same manner to bring the couple home safely.