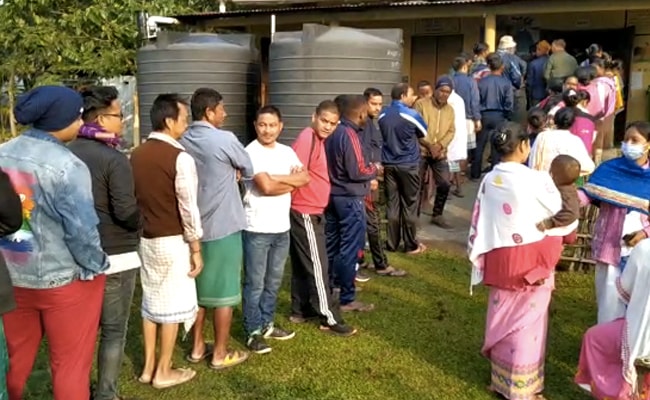 In the first phase polling held today, over 13.59 lakh voters will decide the fate of 130 candidates

Over 70 per cent polling has been recorded in the first phase of Bodoland Territorial Council polls till 5pm today; the crucial elections are built up as the semi-finals to the 2021 Assam assembly polls just six months away.

Today was the first of the two-phased elections in Assam’s Bodoland Territorial Region; the polls are important for the BJP just like the recently concluded Hyderabad and Jammu and Kashmir local body polls. The elections are being held for 21 seats today and the second phase is on December 10. Counting of votes will be held on December 12.

The BJP is taking on its own ally the BPF, the Congress is testing its alliance with the Badruddin Ajmal-led All India United Democratic Front (AIUDF) in the polls. Massive recoveries of arms and ammunition have taken place from Bodoland ahead of the polls, resulting in stepped up security.

This is the first election in the Bodoland Territorial Region (BTR) that has come a long way from its violent battle for statehood, resolved in January this year with a comprehensive peace accord with the militant group National Democratic Front of Boroland (NDFB).

For the polls, a total of 3,146 polling stations have been set up across the Bodoland region. There are 23.82 lakhs voters in the region.

Even after 5pm, hundreds of voters were found in long queues to cast their votes, thus the poll percentage is expected to rise further, official sources added.

In the first phase polling held today, over 13.59 lakh voters will decide the fate of 130 candidates in 21 constituencies.

Polling for the 40-member Bodo Territorial Council (BTC) began this morning, with election officials and only a section of voters adhering to COVID-19 protocols.

Safety protocols like wearing masks, maintaining social distancing inside the booth and frequent sanitisation are largely being followed, though many voters were seen not following the norms.

Out of the total 3,164 polling booths, the authorities have marked 606 as very sensitive and 1,266 as sensitive and put in place tight security measures.

The second phase of polling for 19 constituencies will take place on December 10, when 10,23,404 voters will decide the future of 111 candidates by exercising their franchise across 1,407 polling stations in Kokrajhar and Chirang districts.