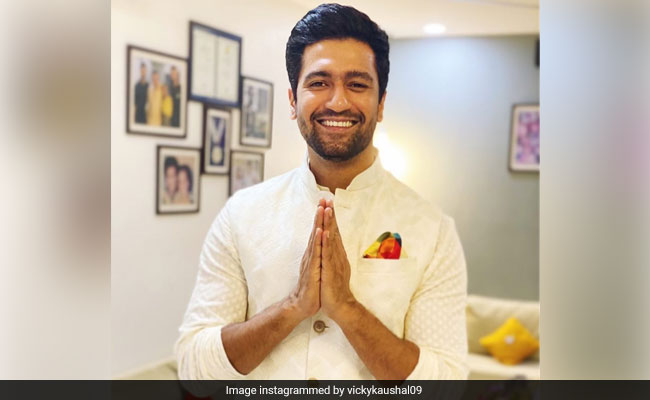 Vicky Kaushal, on Monday, gave his fans a glimpse into the world of The Immortal Ashwatthama, which is his next project. The actor shared two abstract posters from the film, none of which feature the actor. The Immortal Ashwatthama is a superhero action film set in modern times, in which the Masaan actor plays the titular role. Ashwatthama, a character from Mahabharata, was the son of Guru Dronacharya, who fought in the battle of Kurukshetra, for the Kauravas and against the Pandavas. The film’s posters were shared on the 2nd anniversary of Vicky Kaushal’s film Uri: The Surgical Strike.

This will be Vicky Kaushal’s second project with director Aditya Dhar after Uri: The Surgical Strike, for which both Vicky and Aditya Dhar won National Film Awards for Best Actor and Best Director, respectively. The film is being backed by Ronnie Screwvala’s production house RSVP. Sharing the posters on social media, Vicky Kaushal wrote: “Overwhelmed and ecstatic! On the 2nd anniversary of Uri: The Surgical Strike, the team gives you a glimpse into the world of The Immortal Ashwatthama. Can’t wait to get onto this journey with the dream team of Aditya Dhar.”