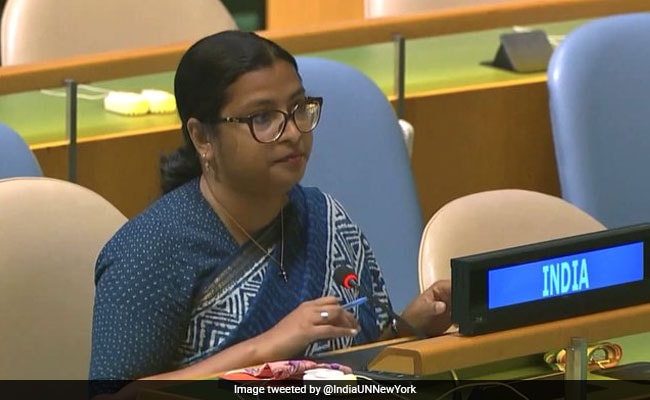 World should be concerned by terrorists who use religion to justify these acts, said India

Slamming Pakistan, India said the country continues to foment a “culture of violence” at home and across its borders as it hit out at Islamabad for using the platform of the United Nations for hate speech against it.

“A Culture of Peace is not just an abstract value or principle to be discussed and celebrated in conferences, but needs to be actively built into global relationships between and among member states,” First Secretary in India’s Permanent Mission to the UN Vidisha Maitra said in the UN General Assembly Tuesday during the high-level forum on the Culture of Peace ‘Transformative role of the Culture of Peace: Promoting Resilience and Inclusion in Post-COVID Recovery’.

“We have witnessed yet another attempt today by the delegation of Pakistan to exploit a UN platform for hate speech against India, even as it continues to foment a ‘culture of violence’ at home and across its borders. We dismiss and condemn all such efforts,” she said.

India’s strong response came after Islamabad’s envoy to the UN Munir Akram raked up the issue of Jammu and Kashmir and spoke about the late pro-Pakistan leader Syed Ali Shah Geelani in his remarks in the General Assembly hall that focused almost entirely on India and not on the forum’s theme.

Ms Maitra said there can be no doubt that terrorism, which is a manifestation of intolerance and violence, is the antithesis of all religions and cultures. “The world should be concerned by terrorists who use religion to justify these acts and those who support them in this quest,” she said.

Underlining that India will continue to spread the message of humanity, democracy and non-violence, she said India reiterates its call for the application of the principles of objectivity, non-selectivity and impartiality to form the basis of discussions in the United Nations especially on the issue of religion.

“The United Nations including UN Alliance of Civilizations and Member States should refrain from selectivity on such issues which hinders a Culture of Peace,” she said.