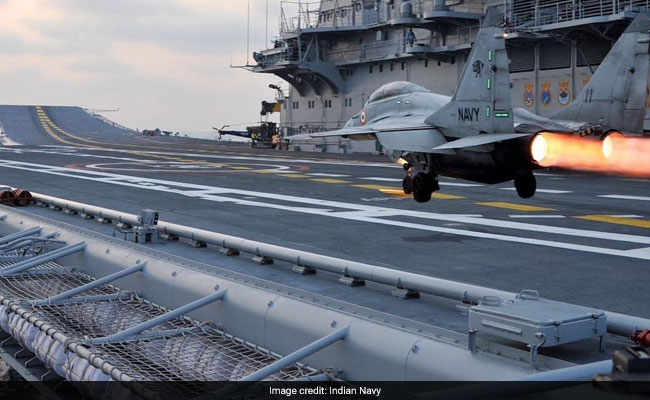 Several parts of a MiG-29K trainer aircraft that had crashed into the Arabian Sea earlier this week have been found, the Indian Navy said in a statement on Sunday. While one pilot was rescued, the other has not been found yet despite a massive search operation, it added.

“Some debris of the aircraft including landing gear, turbo charger, fuel tank engine and wing engine cowling have been located,” the Navy statement read, adding search for the second pilot, Cdr Nishant Singh, is in progress.

The Navy has pressed nine warships and 14 aircraft into the search operation. Locals have also been informed about the missing officer.

“Indian Navy’s Fast Interceptor Craft are also deployed to search waters along the coast. Further, the Marine/Coastal police are on the lookout and nearby fishing villages have been sensitised,” the force said.

The MiG-29K jet crashed into the Arabian sea on Thursday evening after taking off from aircraft carrier INS Vikramaditya.

After the incident, the Navy launched an extensive search and rescue operation to locate the missing pilot.

A high-level inquiry has been ordered to investigate the incident.

It was the third accident involving the Mig-29K aircraft in the last one year, news agency PTI reported.

The MiG-29K is an all-weather carrier-based multirole fighter aircraft developed by Russian aerospace company Mikoyan (MiG). The Indian Navy had procured a fleet of 45 MiG-29Ks from Russia at a cost of around 2 billion dollars to operate from INS Vikramaditya.