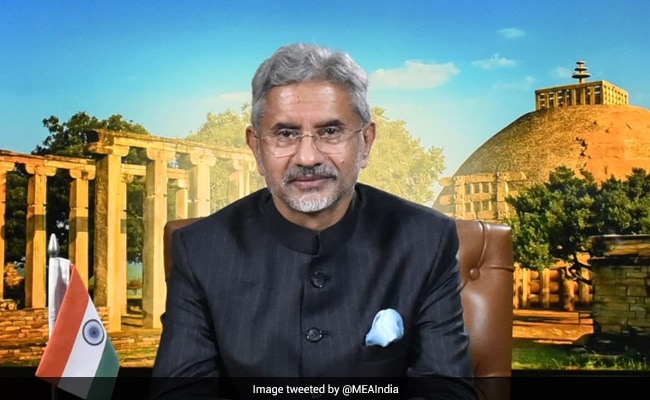 S Jaisankar said the rise of China was natural and part of a global rebalancing.

As the border standoff between India and China continued for over six months, External Affairs Minister S Jaishankar on Tuesday said there was “cause for concern” but efforts were on to work out solutions.

In an interactive session organised by Mumbai-based think-tank Gateway House, Mr Jaishankar said the basis for the overall growth of the relationship between the two countries was peace and tranquillity along the borders.

“Now, if that gets disturbed, then it cannot be that if the foundation of the house gets eroded or fractured and the rest of the superstructure remains unaltered. I think we are going through a period of stressful relations with China,” Mr Jaishankar said.

“My hope is that people at that end of the relationship understand the seriousness of what has happened,” he said.

The external affairs minister also referred to a number of agreements that the two countries signed to ensure peace and tranquility along the Line of Actual Control (LAC).

“We have agreements not to bring a large number of forces to the border. These are written agreements which we have observed for 30 years. If today that is violated without explanation, with no justification offered to us, we have to ask ourselves, where is this going,” he said.

“There is cause for concern, but it is in the nature of our job to try and work out solutions,” he added.

Mr Jaisankar said the rise of China was natural and part of a global rebalancing.

He also said that it is the responsibility of the rising power to also consider how the world reacts, adding it is not just enough to rise.

Canadian Foreign Minister François-Philippe Champagne said his country’s ties with China are multi-dimensional and complex, adding “coercive diplomacy” was not the way to engage in today’s world.

“There are places where Canada will challenge China such as human rights and places where both will have to co-exist, such as Indo-Pacific and trade, climate change,” he said.

In his remarks, Mr Jaishankar also made an indirect reference to the Khalistan movement that strained ties between India and Canada during Prime Minister Justin Trudeau’s first term.

“Both nations have benefited from the talent and creativity of the human bridge. However, we have also seen the misuse of democratic freedoms by a small minority with medieval beliefs and a propensity to violence,” he said.

Mr Jaishankar also said that India and Canada can work together in dealing with COVID-19 and in shaping the emerging global order in the post-pandemic period.