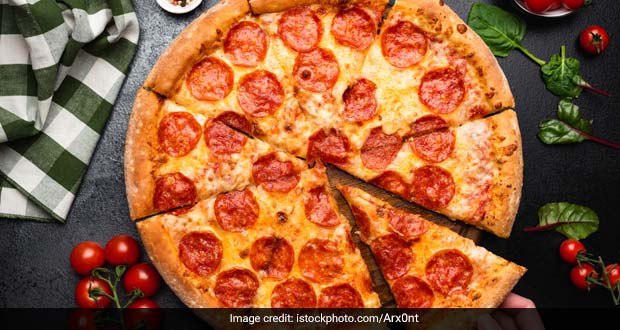 A robber got caught in action when he tried to rob a pizza store.

Imagine you are in a restaurant or even just crossing it on your way to somewhere else, the fresh smell of hot melting cheese, tangy Marinara sauce and crusty dough wafts towards you, and you can’t help but feel an involuntary pang of hunger. What would you do in such a situation? A 25-year-old man named Oscar Sanchez was faced with this very circumstance while robbing a local restaurant in Fullerton, California. What he did next is nothing short of amusing. Take a look at the video of the robbery shared by the Fullerton police department on their Instagram handle.

The burglar had allegedly broken into the pizza store and stolen their tablets, cash and the delivery car. However, the reason he couldn’t get away with this was that he stopped to make a pizza for himself and got caught on camera doing the same. In the video from the camera in the store, we can vaguely see the man in gloves and a cap; slowly and carefully rolling out pizza dough for himself.

“Before he stole their delivery car to leave, he couldn’t resist his craving and helped himself to make a pizza pie! FPD identified, located and arrested him. Needless to say, jail doesn’t serve his favourite meal, (sic)” wrote the official handle of the Fullerton police on Instagram.

Netizens couldn’t get enough of the hilarious story which soon went viral and was shared multiple times online. The relatable robbery of the hungry criminal whose pizza cravings got him caught was too funny to miss. What did you think of the story? Tell us in the comments below!