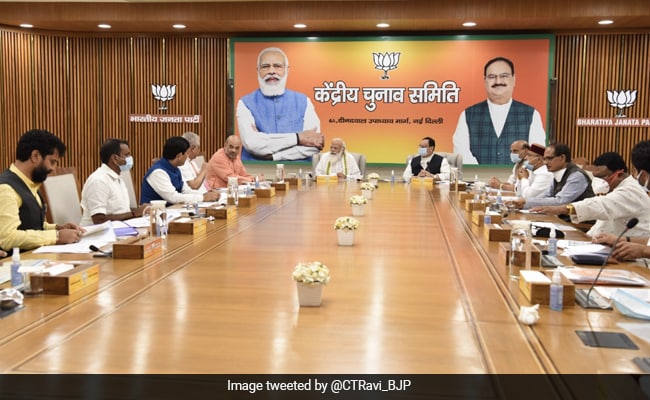 This was the second meet of the committee to discuss candidates for assembly polls to four states – Kerala, Assam, Tamil Nadu and West Bengal – and Union Territory Puducherry.

“Participated in the BJP Parliamentary Board meeting chaired by PM Narendra Modi in the presence of President JP Nadda, Union Home Minister Amit Shah and distinguished leaders. Being in such an august presence is an inspiration to work even harder for our organization,” BJP general secretary CT Ravi tweeted.

Participated in the @BJP4India Parliamentary Board meeting chaired by PM @narendramodi in the presence of President @JPNadda, Union Home Minister @AmitShah and distinguished leaders.

Being in such an august presence is an inspiration to work even harder for Our Organization. pic.twitter.com/joXTRaXXnM

While Assam will have a three-phase election, polling in West Bengal will be held in eight phases starting March 27.

Polling in Kerala, Tamil Nadu and Puducherry will take place on April 6.

Counting will be held on May 2.