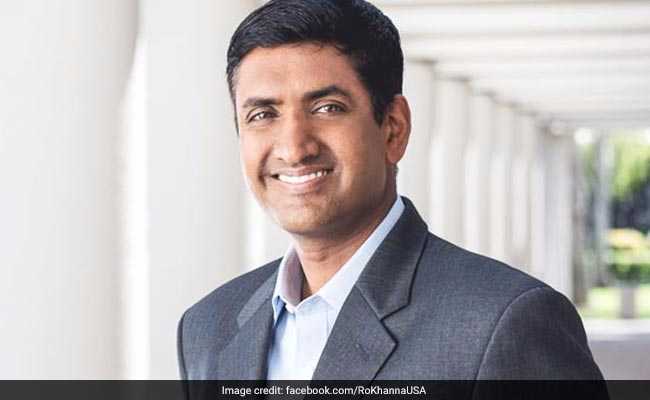 US President-elect Joe Biden winning in the popular votes and flipping five states as well is not only a big win for America but also a “clear repudiation” of the incumbent President Donald Trump’s xenophobia, according to an influential Indian-American Congressman.

Ro Khanna, 44, who was this month elected for the third consecutive term to represent the 17th Congressional District of California, that comprises Silicon Valley, in the US House of Representatives exuded confidence that the administration of President-elect Biden and Vice President-elect Kamala Harris is going to be a big success.

“It is a big win for America, and the Democrats,” Mr Khanna told PTI in an interview.

Flipping five states against the incumbent president is an achievement, he said, adding that Biden has received more popular votes than those received by former president Barack Obama in 2008.

Trump, who has 232 electoral college votes, has challenged the election results in various states including Pennsylvania, Nevada, Michigan, Georgia and Arizona. He had demanded a recount in Wisconsin.

“It (election results) was a clear repudiation of Trump’s xenophobia against vision for a multiracial, multi-ethnic America and for policies to help the working class and middle class American,” Mr Khanna said.

A JD (Juris Doctor) from the prestigious Yale University, Khanna comfortably won the November 3 elections by defeating another India-American Ritesh Tandon by a massive margin of more than 42 percentage votes.

The Biden-Harris Administration is “gonna be a big success,” he said in response to a question.

“The first thing they have to do is to get the COVID-19 pandemic under control, and make sure that we have an efficient and fair distribution of the vaccine,” he said.

“Then we need to have a bold stimulus bill that provides relief to Americans and helps create economic opportunity for small businesses or entrepreneurs,” he said, adding that the a Democratic-majority House of Representatives is going to play a big role working with the Biden-Harris administration to tackle the pandemic to stimulate the economy which has been hit by the disease.

Mr Khanna said there is a need for the new administration to rebuild the alliance and rejoin the Paris Agreement on Climate Change. The US has to tackle global poverty and show that it is again a leader in the world that is caring as part of the community of nations.

“And part of that is to continue to build a very strong relationship with India that is a key ally, as a democracy, is a key partner on economic issues, a key source of so much talent in this country. I will continue to be a strong advocate for the US-India relationship,” Mr Khanna said.

Another issue of importance for the new administration is going to be some sense of police accountability and racial justice, which, he said, were a big part of the election campaign and resulted in a big turnout. Infrastructure spending and ensuring that high speed broadband is in every part of the country are other important issues.

Responding to a question on Trump refusing to concede the elections, Khanna said that it is a sad situation and that the president is having a tough time coming to terms with reality.

“At the end of the day, the election will be certified and the House and Senate will vote to affirm Joe Biden and Kamala Harris (as the next President and Vice President). They will assume office,” he said.

But, Trump by such moves is “making it harder for the country to come together” and he is increasingly polarising which is sad and opposite of the American way of sportsmanship and concession after a loss. “But it doesn”t come as a surprise,” Mr Khanna said.

“Our task is to figure out how we unify this country,” said the Congressman, who is currently in the process of writing a new book “Dignity in the Digital Age”, the forward of which is being written by Nobel Laureate Amartya Sen. The book is likely to hit the market in mid-2021.

Describing Ms Harris, 56, as a trailblazer, Khanna said he hoped the Vice President-elect, whom he has known from the days she was a district attorney, would bring with her some of the California values in terms of clean energy, renewable energy, need for Medicare for all, universal health care, need for forgiving students loan and free public college.

Khanna, who has won the award for best constituent services in the entire Congress, is one of the few lawmakers who does a regular town hall.

“I”m really proud of the work we’ve got in the community. I’ve tried to be very accessible to constituents. We do a monthly Town Hall that people appreciate,” he said. His congressional district is one of the most diverse ones in the country, including a sizable Indian-American population.