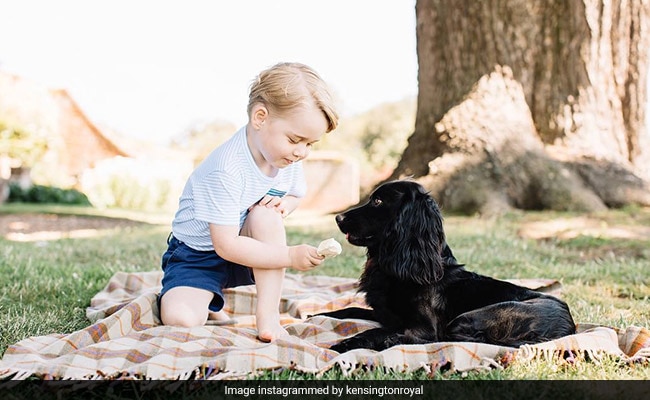 Lupo, a black English cocker spaniel, was adopted by Prince William and Kate in 2012.

The Duke and Duchess of Cambridge’s dog, Lupo, has died. The royal couple announced the sad news on social media this Sunday. “Very sadly last weekend our dear dog, Lupo, passed away,” Prince William and Kate said in their post, sharing a photograph of the black cocker spaniel. “He has been at the heart of our family for the past nine years and we will miss him so much.”

Lupo, a black English cocker spaniel, was adopted by Prince William and Kate in 2012 – a year before they welcomed their first child, Prince George. In addition to Prince George, 7, the couple are also parents to Princess Charlotte, 5, and Prince Louis, 2.

Lupo was part of a litter born to Ella – the dog of Kate’s parents Carole Middleton and Michael Middleton. His death was also mourned by Kate’s brother, James Middleton.

“It is with great sadness that Lupo, the beloved dog of my sister Catherine and her family has passed away. Lupo was the son of Ella, brother to Zulu, Inka & Luna. He was 9 years old,” he said in an Instagram post.

“Rest in peace Lupo. Tilly & Mini will be waiting for you. You will always be remembered and your legacy will live on forever. Good Boy.”

Over the years, Lupo has featured in several photographs released by the Duke and Duchess of Cambridge.

The pup also inspired a series of British children’s books “Lupo: The Adventures of a Royal Dog”.