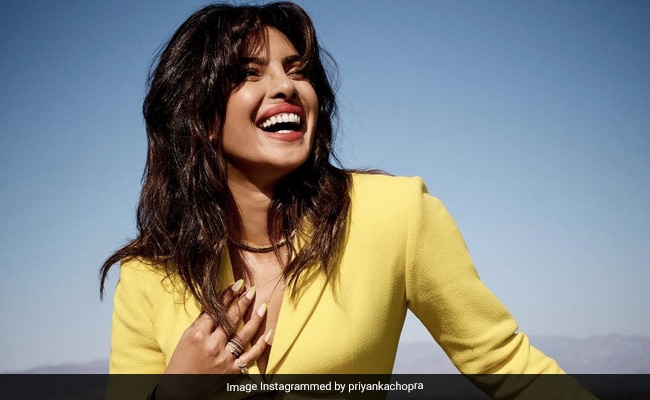 Attention folks, Priyanka Chopra, who is currently busy with the promotions of her memoir Unfinished, is all set to appear on Oprah Winfrey’s talk show Super Soul. The official Instagram handle of Discovery Plus (on which the episode will air), shared a promo video from the interview, in which the talk show host is seen asking Priyanka Chopra, “You and Nick hope to have a family one day?” Seems like we’ll have to wait till the show airs to get the answer to that. Besides Priyanka Chopra, Cicely Tyson, Sharon Stone, Julianna Margulies, Martha Beck, Jon Meacham, and Chip and Joanna Gaines will also appear as guests on Super Soul.

“I just love being able to have thought-provoking, heart-expanding talks with people who inspire us all – to think about the deeper meaning of life,” Ophrah is heard saying in the promo video. The interview will premiere on March 20 on Discovery+.

Priyanka is a woman of many hats. She is the first South Asian woman to headline the cast of an American television show and has featured in many Hollywood projects. She is also a tech-investor and also counts as a UNICEF Goodwill Ambassador. She recently started a hair care brand called Anomaly Haircare.

Priyanka Chopra, former Miss World, debuted in Bollywood in 2003. She went on to star in hits such as Mujhse Shaadi Karogi, Aitraaz, Krrish, the Don series, Dil Dhadakne Do and Bajirao Mastani, among others. She featured in critically-acclaimed movies such as Fashion, 7 Khoon Maaf, Barfi! and Mary Kom. She starred in the US television series Quantico, which aired three successful seasons. She also made her Hollywood debut as antagonist opposite Dwanye Johnson in Baywatch. She also starred in films like Isn’t It Romantic?, We Can Be Heroes. She was last seen in Netflix’s adaptation of The White Tiger.