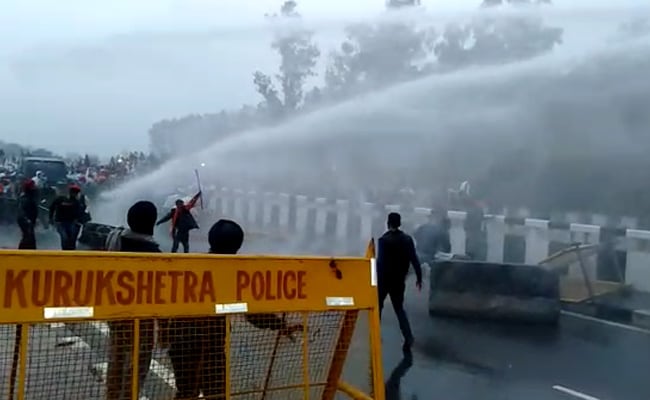 Dramatic images from the spot showed water cannons being fired at the huge crowd.

Farmers from Haryana are already marching towards Sonepat, where they will stay overnight and leave for Delhi tomorrow morning.

The Delhi Police has rejected all requests from farmers’ organisations to hold a protest in the national capital against the Centre’s new farm laws and said they would take legal action against violators.

But the farmers, undaunted, have been planning to reach Delhi on November 26 through five highways as part of their “Delhi Chalo” march call.