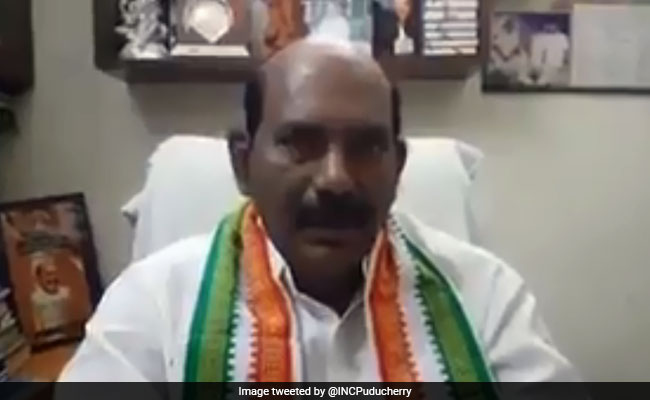 Puducherry Assembly Speaker VP Sivakolundhu quit on Sunday citing health reasons even as his brother joined the BJP just over a month ahead of the elections in the union territory.

In the resignation letter to Lt Governor Tamilisai Soundararajan, a copy of which was made available to the media, Mr Sivakolundhu, a Congress leader, said he quit as Speaker only on health grounds.

Later, he told PTI that he handed over the letter of resignation addressed to the Lt Governor to the Assembly Secretary.

Mr Sivakolundhu won from the Lawspet constituency in the 2016 Assembly elections on a Congress ticket.

Meanwhile, Mr Sivakolundhu’s brother VP Ramalingam joined the BJP in Karaikal in the presence of Union Home Minister Amit Shah, who is on a campaign visit.

Also, former DMK legislator K Venkatesan and former Congress legislator K Lakshminarayanan who had quit their MLA posts on February 21 joined the BJP in Karaikal in the presence of Mr Shah who was in Karaikal to address a public meeting.

The Puducherry government headed by V Narayanasamy fell on February 22 after the coalition ministry was reduced to a minority following a spate of resignation of Congress MLAs and a DMK legislator.

President’s rule has since been imposed in the union territory.