Punjab, Haryana Chief Ministers’ New Row: Who Called Whom, When And Where – Unblendednews
Skip to content
Latest Stories 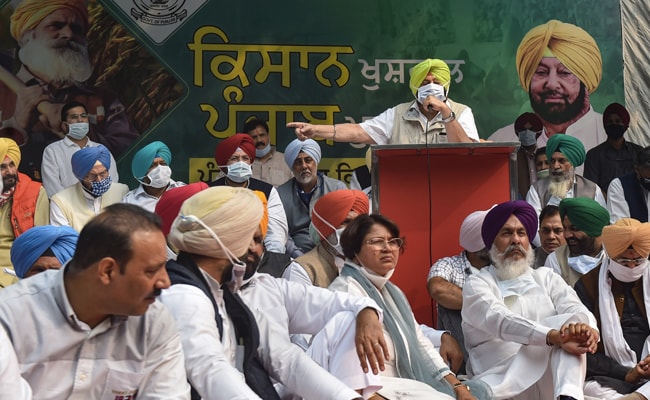 Amarinder Singh had said ML Khattar did not call him to discuss the farmers’ protest. (File)

The squabble between the Chief Ministers of Punjab and Haryana over the farmer protests found a new field on Sunday with Captain Amarinder Singh and Manohar Lal Khattar shifting the fight to the question of who called whom, when and where.

After Mr Khattar’s personal secretary posted a document on Twitter, claiming his office had tried dialling Captain Singh at least 13 times between Monday and Tuesday and received no response, the Punjab Chief Minister said the attempt “exposed his deception”.

“If at all someone from his office called my residence, why were the calls made to an attendant? Why were official channels not used to get in touch with me?” Captain Singh said

“Top officials of the Punjab government, at Principal Secretary and DGP levels among others, have been in touch with each other on the farmers’ issue for the past several days, yet none of these officials conveyed Khattar’s desire to talk to me at any point in time,” the Chief Minister said.

“Khattar could simply have picked up the phone and called me on my mobile phone,” he added.

Amarinder Singh’s response came after Mr Khattar’s personal secretary Abhimanyu Singh replied to him on Twitter saying, “Sir it seems that your personal staff didn’t brief you about the phone calls of other Chief Ministers made in official capacity.”

Speaking to news agency ANI on Sunday, Mr Khattar said, “If any dangerous situation arises due to coronavirus, Punjab government will be responsible. I tried to speak to Punjab Chief Ministers on this matter but he denied receiving any call. Later when I showed the proof, he was left speechless.”

The two chief ministers have been sparring for days over the farmers’ protest. While Captain Singh charged Mr Khattar of a heavy-handed crackdown on farmers from Punjab marching through his state to Delhi, the Haryana Chief Minister hit back saying the demonstrators had been instigated.

Farmers from several states, including UP, Haryana, Uttarakhand, Rajasthan and Punjab, began marching to Delhi this week to protest against the centre’s new agricultural laws which they fear will leave them at the mercy of corporates.

For three days, the police in Haryana, which is ruled by the BJP that is also in power at the centre, tried to unsuccessfully beat them back with tear gas, water cannons, batons, concrete roadblocks and barbed wire but most farmers have managed to reach Delhi where they plan to protest till their demands are met.