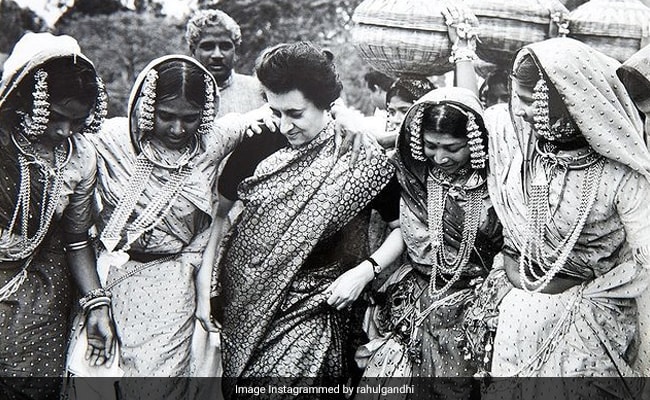 A photograph of Indira Gandhi, shared by her grandson Rahul Gandhi.

“The entire nation still hails her impressive leadership, but I always remember her as my beloved grandmother. Her teachings inspire me constantly,” he added.

Rahul Gandhi posted a black and white picture of his grandmother while sharing the tribute on Twitter, and another throwback picture on Instagram.

Born on this day in 1917 in Allahabad, now known as Prayagraj, Indira Gandhi was the daughter of Jawaharlal Nehru, country’s first Prime Minister. She was the prime minister between 1966 and 1977 and again from January 1980 until her assassination in 1984.

Indira Gandhi was assassinated by her own bodyguards at her official residence on October 31, 1984, months after she ordered Operation Bluestar, in which the army entered the Golden Temple in Amritsar, one of the holiest Sikh shrines, to remove separatists hiding inside.

Rahul Gandhi is the son of Rajiv Gandhi, India’s youngest Prime Minister, who took charge of the Congress in 1984 following the assassination of his mother Indira Gandhi.