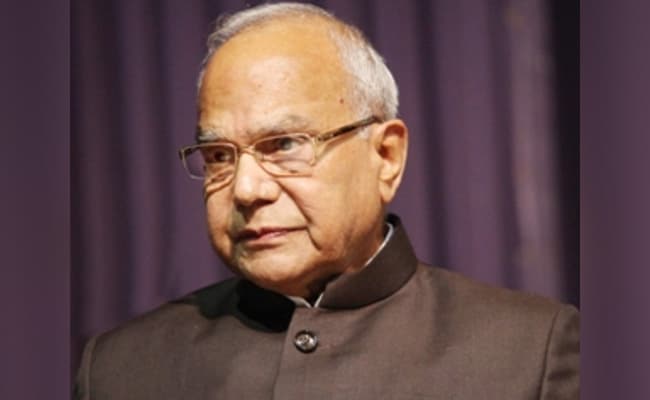 The request for Rajiv Gandhi convicts’ early release has been pending with Governor Banwarilal Purohit.

It is for the Governor of Tamil Nadu to decide on the early release of the convicts serving life sentences for the assassination of former Prime Minister Rajiv Gandhi, the Central Bureau of Investigation (CBI) told the Supreme Court on Saturday.

In an affidavit to the top court, the agency said that the subject of the early release was an issue between the governor and the petitioner – one of the convicts AG Perarivalan – and the CBI has no role in it.

The CBI has also told the top court that they haven’t received any request from Governor Banwarilal Purohit seeking the details of the investigation being carried out by the agency into the larger conspiracy behind the assassination of the former prime minister.

The Tamil Nadu cabinet in 2018 had recommended the premature release of the convicts. The submission has been pending with the governor.

The Tamil Nadu government had told the Madras High Court on in September this year that the governor’s secretary has informed the government that the “Governor is waiting for the final report of the MDMA (the Multi-Disciplinary Monitoring Agency of which CBI is part) to decide on the premature release of the convicts”.

In a similar plea, pending before the Supreme Court, the CBI has told the top court that it is for the governor to decide on the remission of sentences of the convicts.

The central agency has also told the court the probe into the larger conspiracy behind the assassination of the former Prime Minister is continuing.

The CBI’s affidavit comes after a notice from the top court on a plea by Perarivalan’s mother for releasing him early. The Supreme Court had expressed unhappiness over the fact the request had been pending with Governor Purohit for over two years.

One of the seven convicts serving life terms, 46-year-old Perarivalan had sought the suspension of his life sentence in the case till the CBI-led MDMA probe is completed.