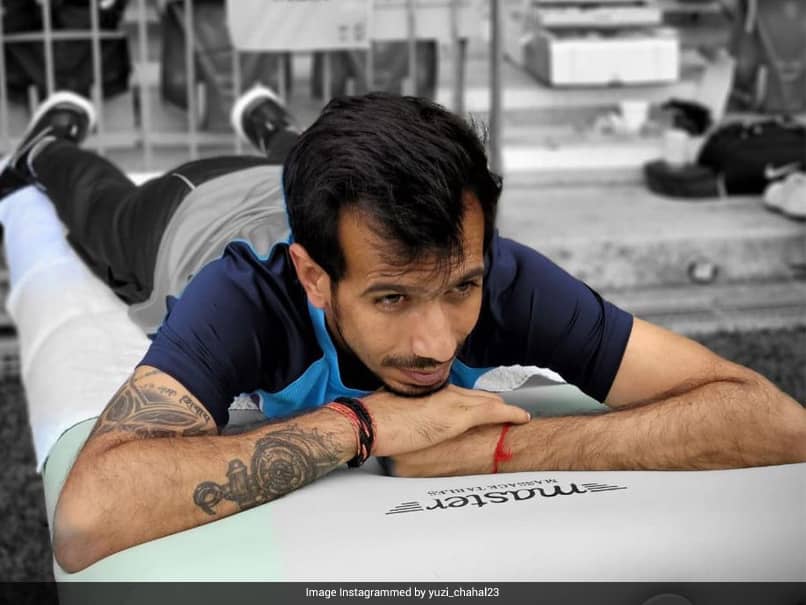 Yuzvendra Chahal shared a picture from training in Sydney.© Instagram


Yuzvendra Chahal took to Instagram to share a picture of him relaxing after training in Sydney, where he is currently in quarantine with the rest of the Indian Cricket Team ahead of their tour of Australia. Fellow leg-spinner Rashid Khan commented on his picture and asked him “Bhai Kya soch rahe ho (Bro, what are you thinking?)”. To this, Chahal came up with the perfect response. “Ki kab yeh quarantine khatam hoga (That when will this quarantine end),” he wrote, along with laughing emojis. 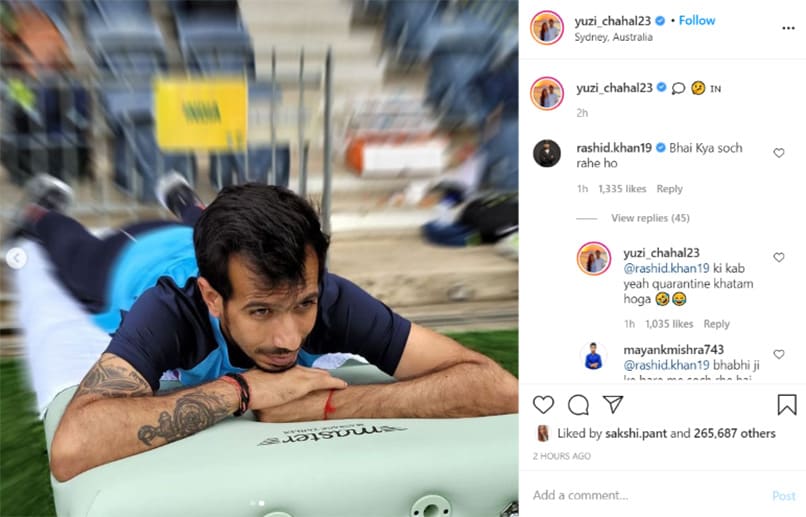 Yuzvendra Chahal and Rashid Khan enjoyed some banter on the former’s Instagram picture.

The Indian team arrived in Sydney after the conclusion of the Indian Premier League (IPL) 2020 in the United Arab Emirates, which Rashid Khan also featured in.

Chahal and Rashid were the two highest wicket-takers among spinners in IPL 2020. Chahal took 21 wickets, while Rashid claimed 20 scalps.

Rashid’s SunRisers Hyderabad knocked Chahal’s Royal Challengers Bangalore out the tournament in the Eliminator, but they lost to Delhi Capitals in Qualifier 2.

Chahal is expected to play a key role in the limited overs leg of the tour.

India will start off their tour Down Under with a three-match ODI series. The 50-over contest will be followed by a three-match T20 International (T20I) series. The tour will conclude with the four-match Test series.