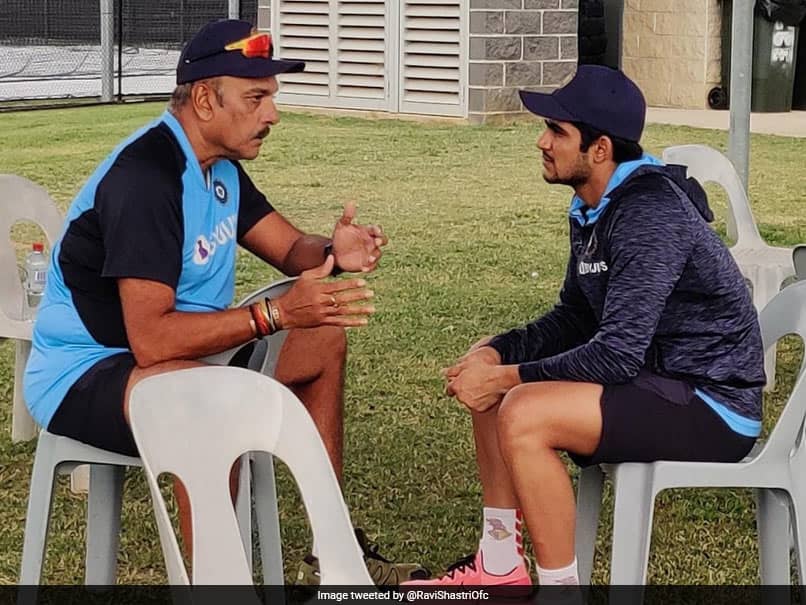 
Currently in Australia for India’s upcoming series, head coach Ravi Shastri took to Twitter to share a moment with his fans. The 58-year-old posted a picture with youngster Shubman Gill, in which the latter looks to be receiving some good advice. The duo are currently with the rest of the Indian team in Sydney, in their bio-secure bubble. Shastri captioned the photo as, “Nothing beats a good conversation about the great game #LoveCricket #AUSvIND – with @RealShubmanGill”.

Shastri’s advice could come in handy for Gill, who has only represented the Team India in two ODIs. The youngster will be hoping to leave his mark in this tour. Gill has been selected for India’s ODI and Test squads for the tour.

India will face Australia in three ODIs, three T20Is and a four-match Test series. Captain Virat Kohli will return home after the first Test, after being granted paternity leave by the BCCI. Kohli and his wife Anushka Sharma are expecting their first child in January 2021.

Gill was recently in the United Arab Emirates (UAE) with Kolkata Knight Riders (KKR) for the Indian Premier League (IPL) 2020. KKR failed to reach the playoffs.

The 21-year-old was KKR’s highest run-getter in the UAE, scoring 440 runs from 14 games, at a strike rate of 117.96. He also notched three half-centuries. His boundary count consisted of 44 fours and nine sixes.

India will play their first ODI against Australia on November 27. The first T20I takes place on December 4, and the four-match Test series begins on December 17.