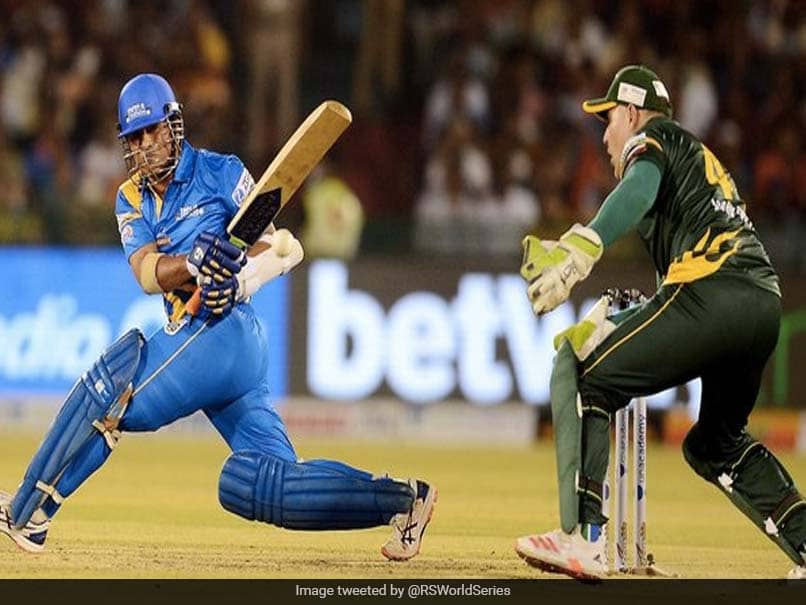 The India Legends captain was timing the ball with perfection as he hit back-to-back boundaries off Mkhaya Ntini, including a back foot punch and a trademark Tendulkar straight drive.

In the 18th over, Yuvraj tore into Zander de Bruyn as the left-handed batsman hit him for four maximums.

Yuvraj then hit a couple of more sixes in the last two overs to go past the 50-run mark and take his team’s total over 200.

India Legends finished with the score of 204 for three from their allotted 20 overs.

In reply, Andrew Puttick and Morne van Wyk put on 87-run stand for the opening wicket but as soon as Yusuf broke the partnership, South Africa’s innings crumbled.

Yusuf ended up with three wickets as South Africa Legends fell 56 short of the 205-run target.