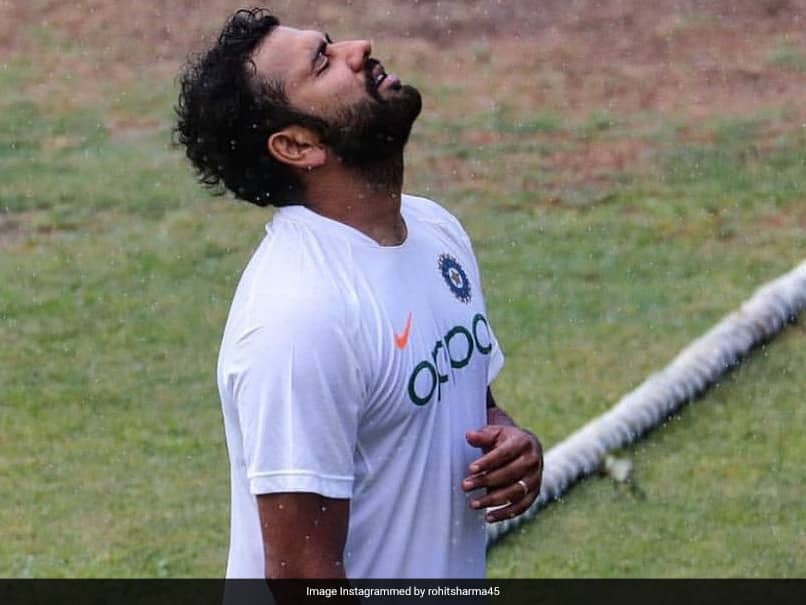 Rohit Sharma was named in the revised Test squad for the four-match series in Australia.© Instagram


Australia-bound Rohit Sharma started his fitness training at the National Cricket Academy here on Thursday. Rohit is not part of India’s limited overs squad for the Australia tour and selectors included him in the revised Test squad after he played two IPL games for Mumbai Indians besides the final.  Though Rohit said he was absolutely fine, the BCCI felt he needed more time to recover from his hamstring injury he had suffered during the IPL, triggering a massive debate over his fitness status.

Rohit had also scored a fluent 68 in the IPL final which his team won by a handsome margin.

Rohit’s fitness has become even more crucial since regular skipper Virat Kohli won’t be available after the first Test in Australia as his wife Anushka Sharma is expecting.

On Wednesday, senior pacer Ishant Sharma, who is also doing his injury rehab at the NCA, bowled full tilt under the supervision of chief selector Sunil Joshi and NCA head Rahul Dravid.

Both Ishant and Rohit will fly to Australia together and undergo a 14-day quarantine before joining the team.