Rupee Slumps To 73.42 Against Dollar In Line With Asian Peers – Unblendednews
Skip to content
Business 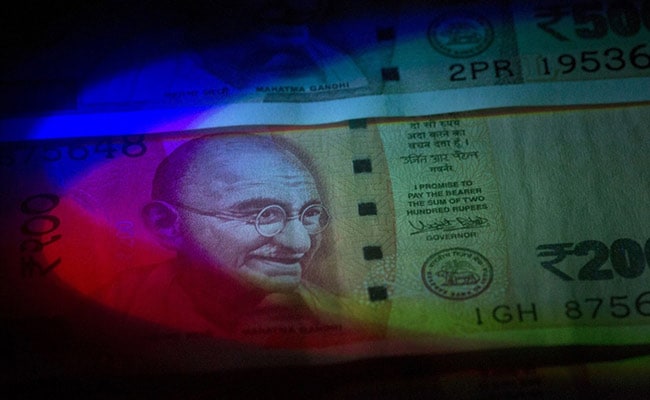 Rupee Vs Dollar Today: The rupee settled at 73.42 against the dollar

The rupee declined by 32 paise against the US dollar on Tuesday, September 7, to settle at 73.42 (provisional), tracking stronger American currency in the overseas market and a muted trend in domestic equities. At the interbank foreign exchange market, the domestic unit opened at 73.12 and dropped to a level of 73.44 during the trading session. In an early trade session, the local unit slipped five paise to 73.15 against the greenback. The domestic unit closed at 73.42 against the dollar, down 32 paise against its previous close.

On Monday, September 6, the domestic currency settled at 73.10 against the greenback. The rupee was in line with other Asian peers, according to forex traders.  Meanwhile, the dollar index, which gauges the greenback’s strength against a basket of six currencies, was trading 0.22 per cent higher at 92.23.

”The spot rupee jumped 30 paise higher at 73.40 against the greenback probably on the back of large corporate demand for the dollar. A strong US Dollar Index is also aiding the weakness in the rupee. However, the upside remains capped thanks to exporter selling and FPI inflows. We expect a range of 73.00 and 73.70 on spot.”

”On the domestic front, USD/INR September opened on a flat note and was moving in a marginally sideways to Bullish trend. prices are respecting 73.10-73.08 support zone as we have discussed many times in earlier sessions. This is because 73.00 is a major psychological level and prices will not breach this zone until and unless there is some major news in the global markets.”

”The market witnessed some volatile movements and an attempt to hold the level around the Nifty 50 Index level of 17300. If the market sustains above the level of 17200-17250, it is expected to gain momentum, leading to an upside projection till 17400-17450 level. The momentum indicators like RSI and MACD to stay positive and market breadth to improve, further strengthening a short-term bullish outlook.”

According to exchange, data, the foreign institutional investors were net sellers in the capital market on September 6 as they offloaded shares worth Rs 589.36 crore. Brent crude futures, the global oil benchmark, fell 0.01 per cent to $ 72.21 per barrel.