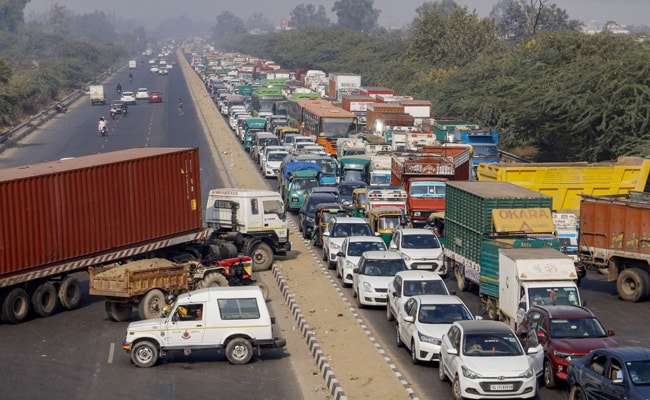 The farmers’ protests at Delhi borders continued for the tenth day in a row, causing many closures and diversions on roads and leading to heavy traffic jams in the evening.

The farmers protesting the centre’s new farm laws have now agreed to a sixth round of talks, scheduled for Wednesday, after today’s meeting yielded no breakthrough on the core issue — the repeal of the three farm laws. However, they said the protests will continue and the call for “Bharat Bandh” on Tuesday still stands.

The Delhi Traffic Police on Twitter posted information about the different routes open and closed for commuters due to the ongoing farmers’ protests at the national capital’s borders with Haryana and Uttar Pradesh.

Roads closed due to farmers’ protest:

Tikri, Jharoda Borders are also closed for any traffic movement.

The Chilla border on Noida link road is closed for traffic from Noida to Delhi near Gautam Budh Dwar. People are advised to avoid Noida link road for coming to Delhi and use the DND flyover.

Badusarai Border is open only for light motor vehicles like cars and two-wheelers.

Jhatikara Border is open only for two wheeler traffic.

People are advised to use the DND flyover to travel between Noida and Delhi.

The farmers have threatened to intensify their agitation and block more roads leading to the national capital if the government does not accept their demands.

Faced with the biggest farmers’ agitation in recent years, the Centre has offered to amend sections of the laws, but the farmers, thousands of whom are camped out around Delhi’s borders, insist they must be scrapped.