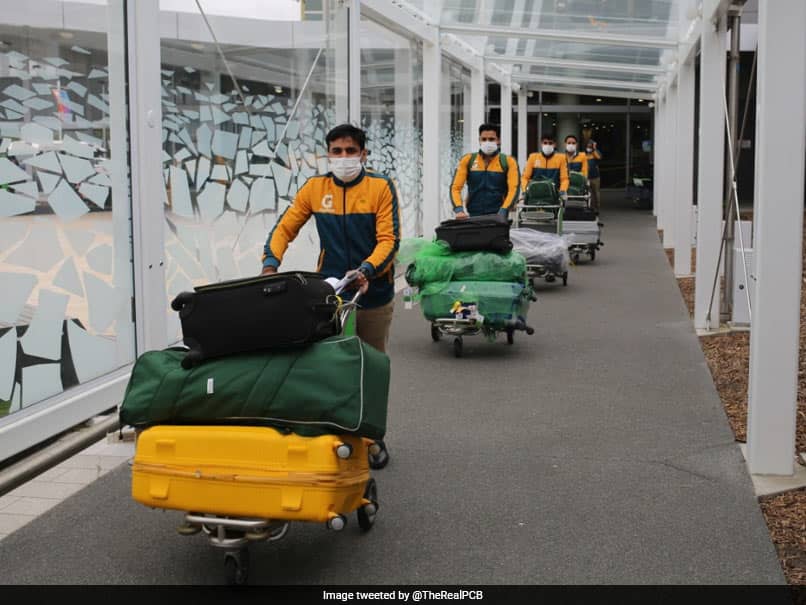 A seventh Pakistan cricketer tested positive for COVID-19 as the team remained confined to their hotel.© PCB/Twitter


A seventh Pakistan cricketer tested positive for COVID-19 as the team remained confined to their hotel in Christchurch on Saturday, unable to train and with a question mark over their New Zealand tour. The Pakistan team, which only arrived four days ago, are already on a “final warning” for breaching New Zealand’s tight quarantine restrictions, with the growing number of coronavirus cases adding pressure to preparations for their opening match on December 18. Despite all members of the squad returning negative tests before flying to New Zealand, six came up positive after testing on day one in the country.

“One additional member of the Pakistan cricket squad has today tested positive,” the Ministry of Health said in a statement on Saturday, confirming the seventh patient.

“The remainder of the results from the squad’s day-three swab testing, apart from the six who have already returned a positive result, are negative.”

All overseas arrivals to New Zealand must spend two weeks in quarantine.

The 53-man squad will undergo further tests on Monday and in the meantime they remain confined to their rooms after permission to train while in isolation was revoked by New Zealand authorities.

The ministry said exemptions allowing teams to train while in managed isolation “are very difficult to obtain” and Pakistan’s exemption was put on hold after several players were caught flouting social distancing protocols inside the quarantine hotel.

New Zealand’s director-general of health, Ashley Bloomfield, said Thursday that breaches of the rules were taken very seriously and the Pakistan team “as a whole has been issued with a final warning”.