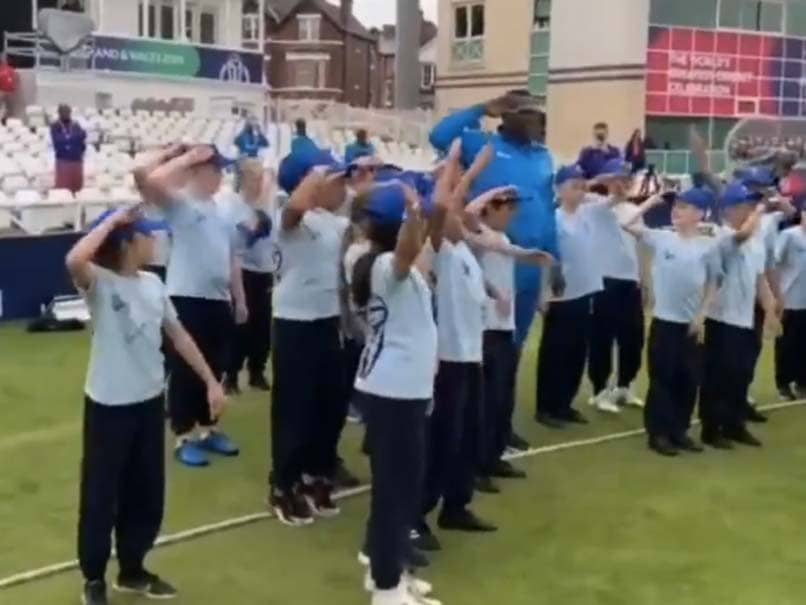 Sheldon Cottrell initially executed the celebration himself, before the kids joined in with enthusiasm.© Twitter


West Indies fast bowler Sheldon Cottrell gave some children a walkthrough, over perfectly executing his famous ‘salute’ celebration. The throwback video uploaded by Windies Cricket’s official Twitter handle on the occasion of World Children’s Day on Friday, shows Cottrell guiding the kids in a step-by-step manner. The pacer initially executed the celebration himself, before the kids joined in with great enthusiasm, making it all look quite adorable. “Today WI celebrate World Children’s Day! Children have the power to change the world and make a difference! #WorldChildrensDay,” read the caption on the Tweet.

Today WI celebrate World Children’s Day!Children have the power to change the world and make a difference! #WorldChildrensDay pic.twitter.com/hooY0QEpab

Cottrell was most recently seen in action during the 13th edition of the Indian Premier League (IPL). The 31-year-old represented Kings XI Punjab (KXIP) in IPL 2020, after being signed for a massive sum.

However, Cottrell failed to make much of an impact, picking just six wickets in as many matches. The pacer was smashed for five sixes in an over by Rahul Tewatia in a high-scoring game against Rajasthan Royals (RR), resulting in him being restricted to the sidelines soon after.

KXIP further failed to make it to the playoffs of the cash-rich league, following a defeat against Chennai Super Kings (CSK) in a must-win encounter. Mumbai Indians (MI) emerged victorious in the edition, defeating Delhi Capitals (DC) by five wickets in the final.