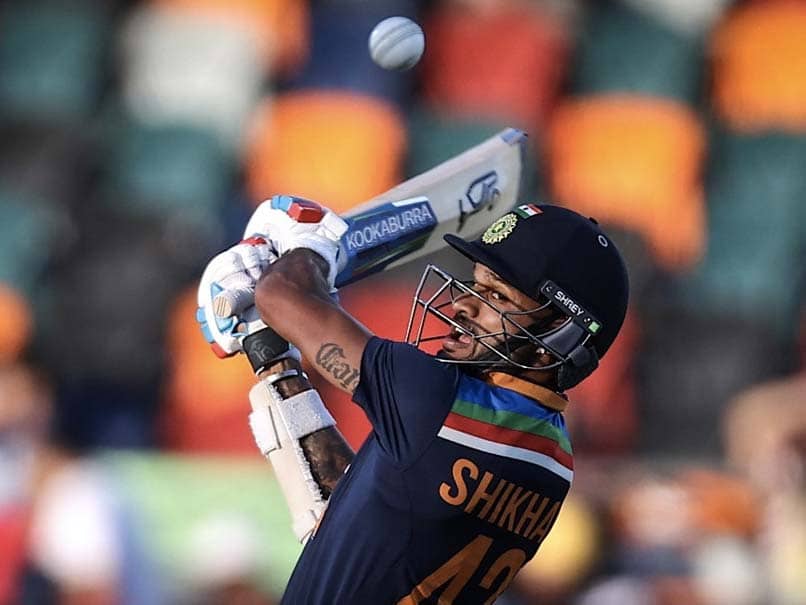 Shikhar Dhawan scored a crucial half-century against Australia in the 2nd T20I.© AFP


Opening batsman Shikhar Dhawan has become India’s third-highest run-getter in T20 Internationals (T20Is) after surpassing both former India cricketers Suresh Raina and Mahendra Singh Dhoni in the second match against Australia. Dhawan, who scored 52 in Sydney, now has 1,641 runs in T20Is and is only behind skipper Virat Kohli and regular opening partner Rohit Sharma. Meanwhile, KL Rahul is at the sixth spot and may become India’s fourth-highest run-scorer in T20Is if he manages to score 76 runs in the third T20I on Tuesday.

Spinner Yuzvendra Chahal became India’s joint-highest wicket-taker in the shortest format of the game after equalling pacer Jasprit Bumrah’s tally on Sunday. Chahal achieved the feat in the second T20I against Australia when he dismissed the dangerous Steve Smith in the 18th over.

The leg-spinner didn’t have a memorable day, but more than made up for it by scalping Smith’s wicket. Bumrah, who has played 50 matches in T20I, has taken 59 wickets at an economy of 6.66 while Chahal has leaked runs at 8.25, having reached the tally in 44 games.

With the win on Sunday, India gained an unassailable 2-0 lead in the three-match series. The dead rubber and final T20I will be played at the same venue on Tuesday.

India will play four Tests against Australia after the conclusion of the T20I series. India skipper Virat Kohli will be playing just one of the four Tests before heading home as he has been granted paternity leave by the BCCI.

Rohit Sharma’s availability for the Test series is also not clear as his fitness will be reassessed on December 11 at the National Cricket Academy.