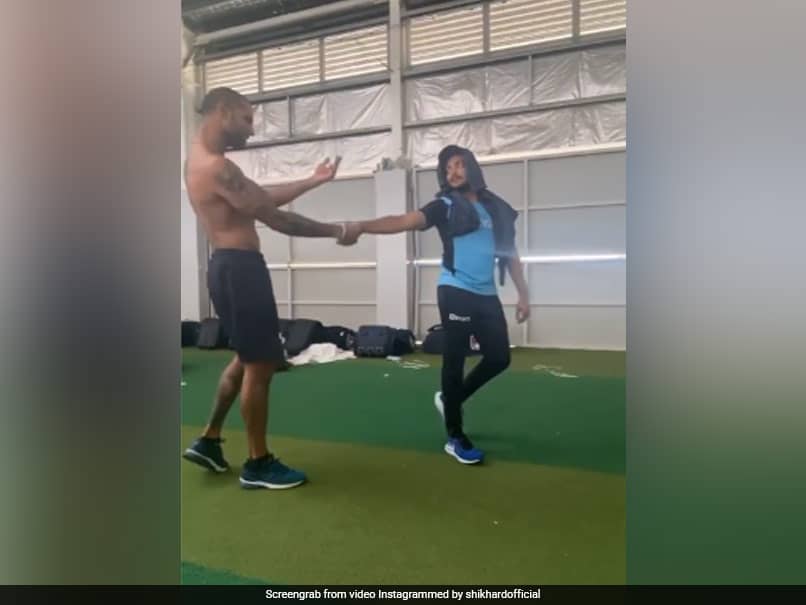 
Shikhar Dhawan took to Instagram on Wednesday to share a hilarious video of him performing on an old Bollywood hit song with young India opening batsman Prithvi Shaw. “Laila is still making me mad,” Shikhar Dhawan captioned the hilarious video and tagged Prithvi Shaw in his Instagram post. Dhawan and Shaw, who represented Delhi Capitals in the recently-concluded Indian Premier League, are in Sydney with the rest of the Indian cricket team and are undergoing their mandatory 14-day quarantine period ahead of the two-month long Australian tour.

On Monday, the left-handed batsman had posted a video of himself batting in the nets as Dhawan prepared for an important tour of Australia.

“Preparations in full swing for an important tour ahead,” Dhawan had captioned the post.

Dhawan was the second-highest run getter in the 13th edition of the IPL, scoring 618 runs from 17 games. He also went past the 100-run mark twice in the lucrative T20 league.

Dhawan will feature in the limited-overs leg of the tour but wasn’t named in the Test squad.

Shaw, who was there in India’s ODI squad during their last international series in New Zealand, failed to keep his place in the limited-overs squad.

India’s tour Down Under will get underway with the ODI series, starting November 27.

The tour will also see India playing their first-ever day-night Test away from home.