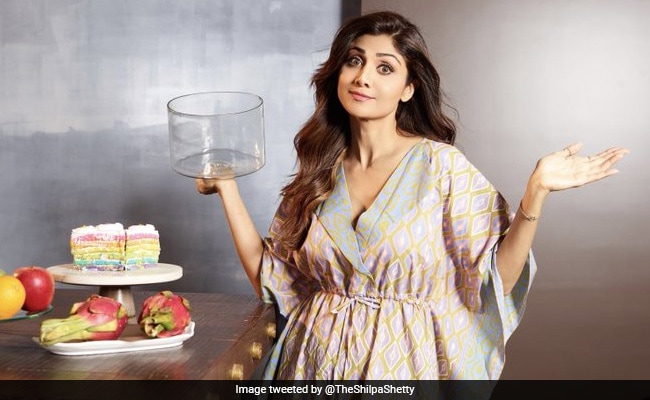 One most days Shilpa Shetty is a fitness enthusiast and on other days, the actress gives in to her food cravings. Shilpa, a self-confessed foodie, often shares her “Sunday binge” series on her social media handles, where she talks about her cravings, love for food and more. On Sunday morning, the actress posted a picture of herself along with a cake. Adding a dose of humour to the caption, Shilpa Shetty wrote: “I just ate the whole cake at once… So I’m not tempted to eat it later” She accompanied her post with the hashtags #SundayBinge, #Sweets, #foodie, #homemade, #sweettooth, #sundayvibe, #happy and #yum.

Without much ado, check out Shilpa Shetty’s post here:

Shilpa Shetty also shares posts from her kitchen garden. A few weeks ago, the actress shared a video, in which she could be seen picking homegrown lemons and she captioned it: “Food for thought! Life is beautiful… Make the best in every situation.” Check out the video here:

Shilpa Shetty’s love for food needs no introduction. A quick glance through her Instagram profile can help. However, the actress never misses her work out and yoga sessions to stay fit. See some of her posts here:

Shilpa Shetty was seen as one of the judges on the TV reality show Super Dancer Chapter 3, alongside choreographer Geeta Kapoor and filmmaker Anurag Basu. The actress will next be seen in Sabbir Khan’s upcoming film Nikamma. She will next be seen in Hungama 2, co-starring aresh Rawal, Meezaan Jaaferi and Pranitha Subhash.

Shilpa Shetty stepped into Bollywood with the 1993 thriller Baazigar, which also featured Kajol and Shah Rukh Khan in the lead roles. She is best-known for her performances in films such as Main Khiladi Tu Anari, Dhadkan, Life In A…Metro, Apne, to name a few.