Shilpa Shirodkar, Who Lives In Dubai, Reveals She Got The COVID-19 Vaccine – Unblendednews
Skip to content
Movies 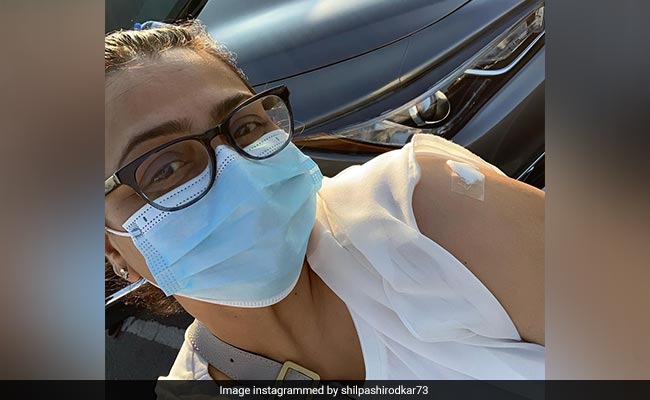 Actress Shilpa Shirodkar is trending after revealing on Instagram that she has received her COVID-19 vaccine. Shilpa, who lives in Dubai, shared a picture of herself wearing a mask, a small bandage showing on her upper arm. The 47-year-old star of Nineties hits such as Hum wrote, “Vaccinated and safe! The new normal… here I come 2021. Thank you, UAE.” Dubai began administering the vaccine produced by Pfizer-BioNTech in the last week of December. See Shilpa Shirodkar’s post on getting the vaccine here:

India, meanwhile, has started dry runs for the vaccine. Health Minister Dr Harsh Vardhan said today, “In the next few days, in the near future, we should be able to give these vaccines to our countrymen. It will be given to our healthcare professional followed by frontline workers,” reported news agency ANI.

Shilpa Shirodkar was among the leading Bollywood actress through the Nineties. She made her debut in 1989’s Bhrashtachar, starring Mithun and Rekha. Her film credits include Kishen Kanhaiya, Trinetra, Aankhen, Khuda Gawah and Bewafa Sanam. Shilpa took a break from acting after appearing in 2000 film Gaja Gamini. She married banker Aparesh Ranjit the same year and the couple currently live in Dubai.

Shilpa Shirodkar’s sister is actress Namrata Shirodkar, star of films such as Bride And Prejudice and Vastav. Just this week, Namrata shared this throwback of herself and Shilpa:

Shilpa resumed her career in 2013 with a role on the TV serial Ek Mutthi Aasmaan. She later appeared on the shows Silsila Pyaar Ka and Savitri Devi CollegeAnd Hospital. Shilpa Shirodkar has also completed two films, neither of which have been released yet – Barood and Guns Of Banaras.