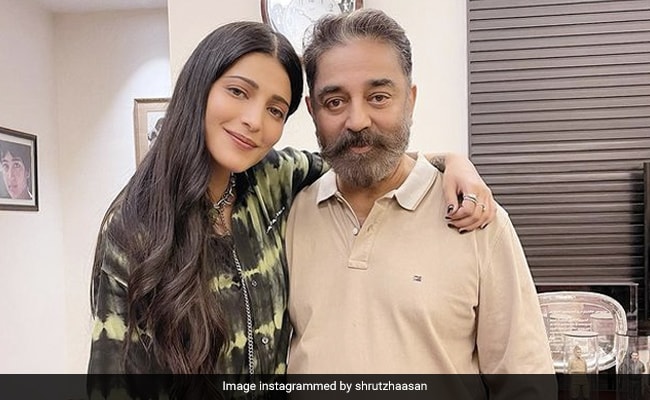 Superstar Kamal Haasan and his daughter, actress Shruti Haasan, occupied a spot on the list of trends on Saturday, courtesy her recent post on Instagram. Shruti Haasan flew to Chennai along with her boyfriend Santanu Hazarika earlier this week and met her father “after ages.” The actress, on Friday, shared a set of adorable pictures of herself and Kamal Haasan enjoying each other’s company. In the photos, Shruti Haasan can be seen dressed in an oversized shirt and black trousers while Kamal Haasan looks dashing as always in a cream tee and brown pants. “Daddy dearest,” wrote Shruti in the caption of her post while sharing a similar photo on her Instagram story, she wrote: “Good to see Papa after ages and ages. Two busy bees.”

The pictures have now gone crazy viral on social media. Take a look: 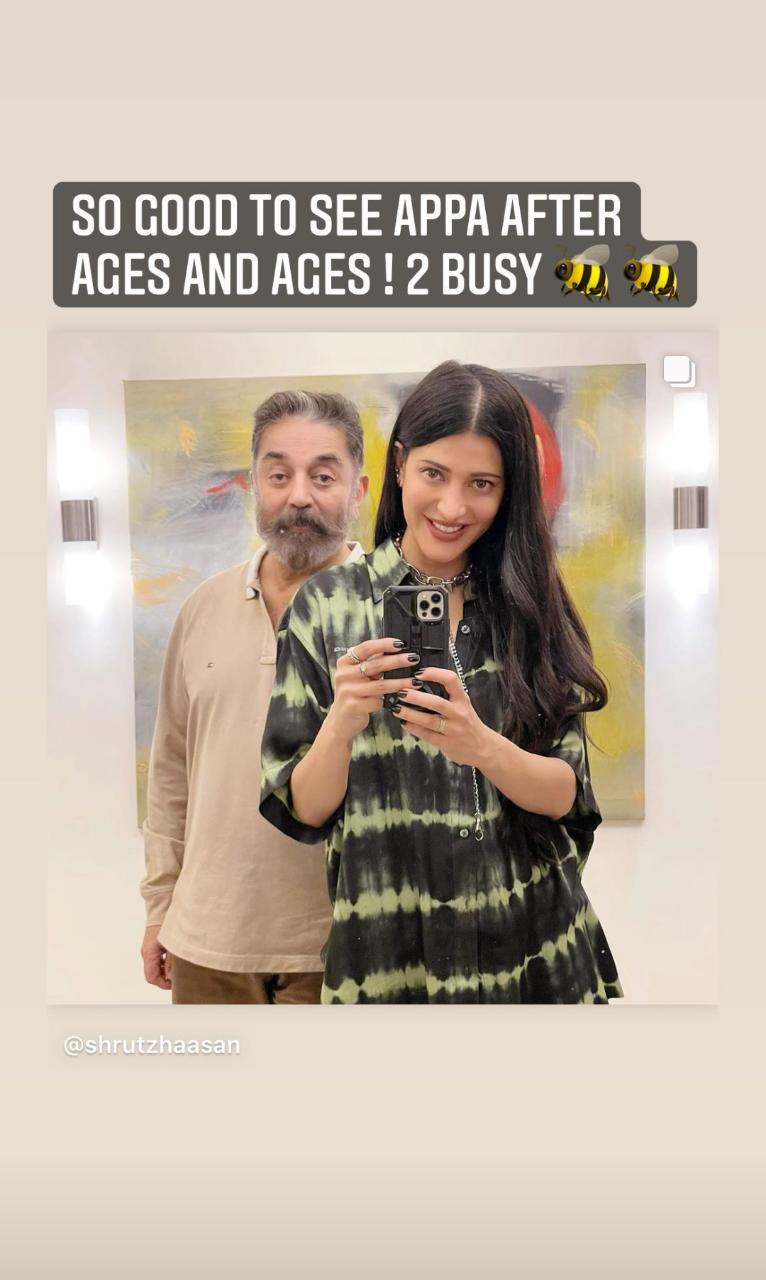 And here’s a picture of the actress with her boyfriend Santanu Hazarika from the same day: 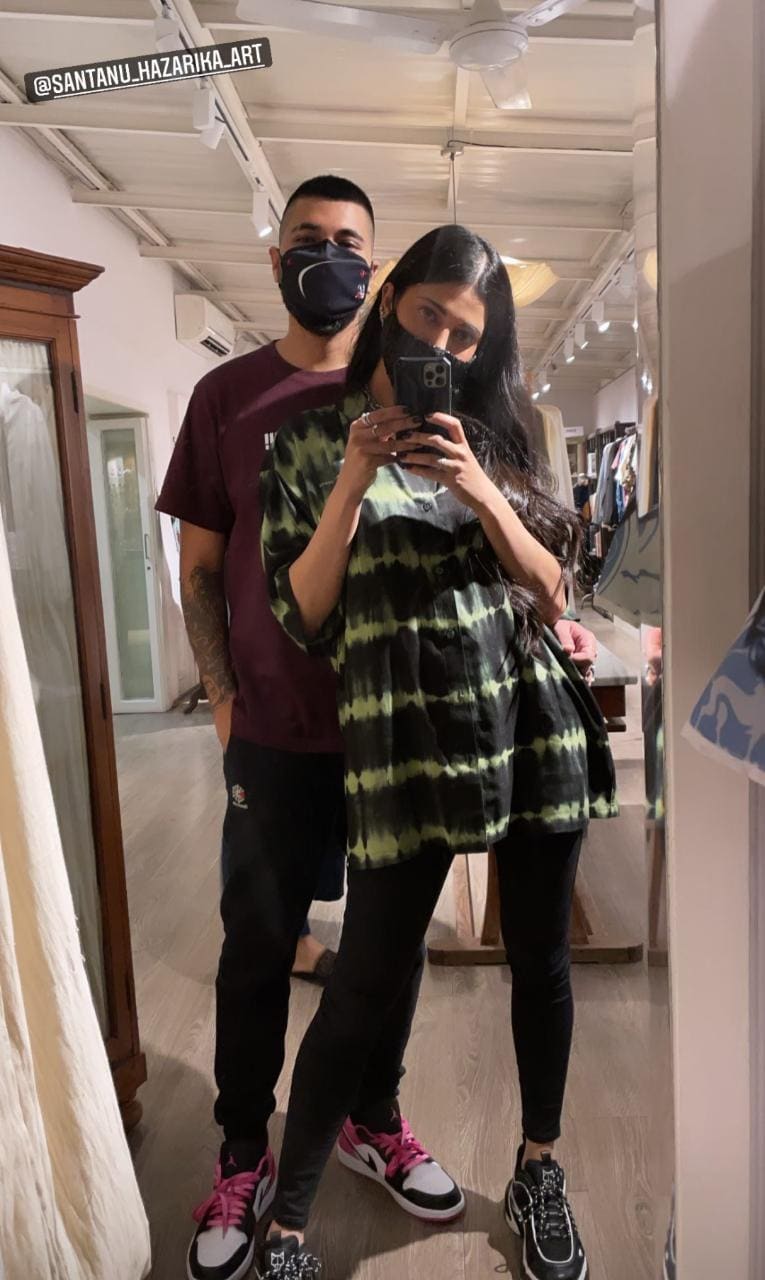 On Saturday, Shruti Haasan gave her fans glimpses of her and Santanu Hazarika’s “Chennai chilling scenes.” 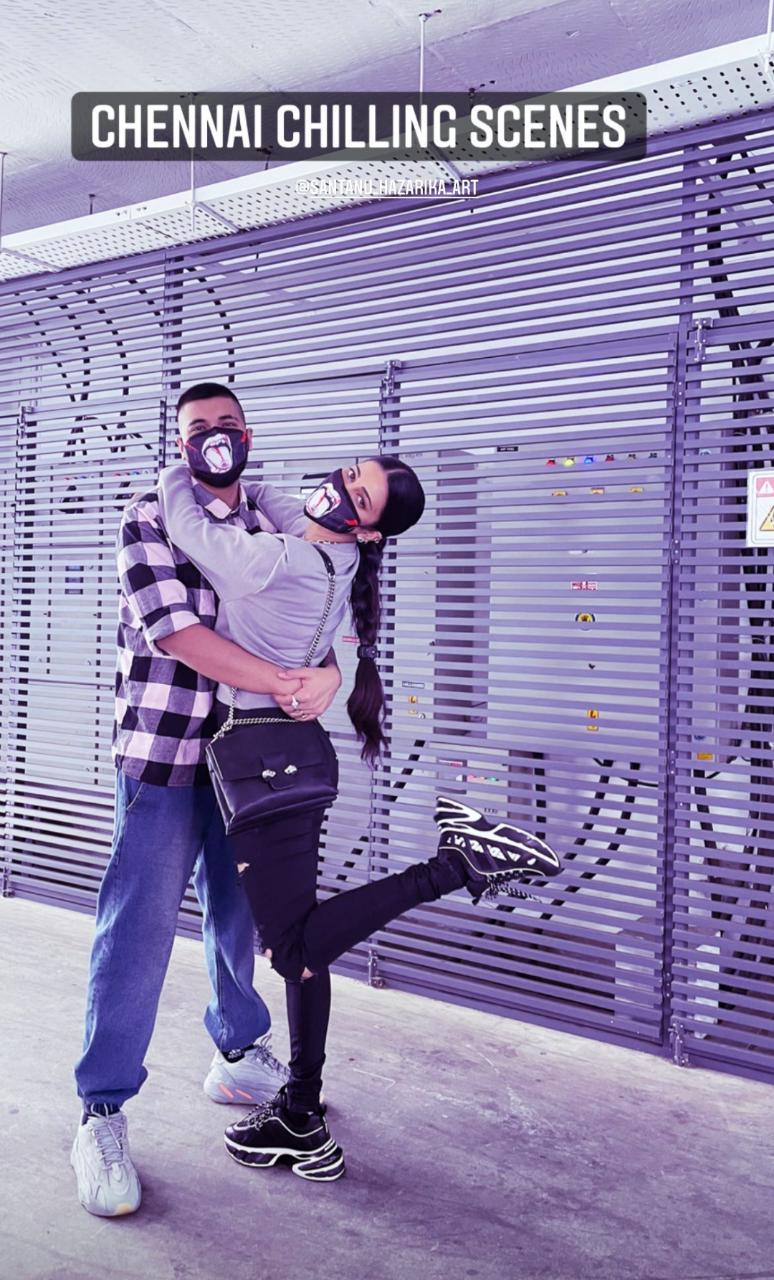 The actress celebrated her 35th birthday with Santanu Hazarika and friends in Mumbai last month. Sharing a picture from the celebrations, she wrote: “Filled with gratitude and joy! This has been the best phase of my life and I’m thankful for my lessons and the journey …I’ve grown and changed in ways that have shaped my vision of the future I want for myself filled with light and creativity – I want to take a second to say a giant THANK YOU to my virtual family for making my birthday so special Thank you for all your wishes. I feel so loved.”

In terms of work, Shruti Haasan is a singer, as well as an actor. She began her career in the music industry by singing the track Potri Paadadi Penne for her actor father Kamal Haasan’s film Thevar Magan. She was just 6 then. Post that, she has crooned several songs for her father’s films, including Chupadi Chupadi Chaachi for Chachi 420, Ram Ram Hey Ram for Hey Ram and Allah Jaane, Unnaipol Oruvan and Vaanam Ellai for Unnaipol Oruvan.