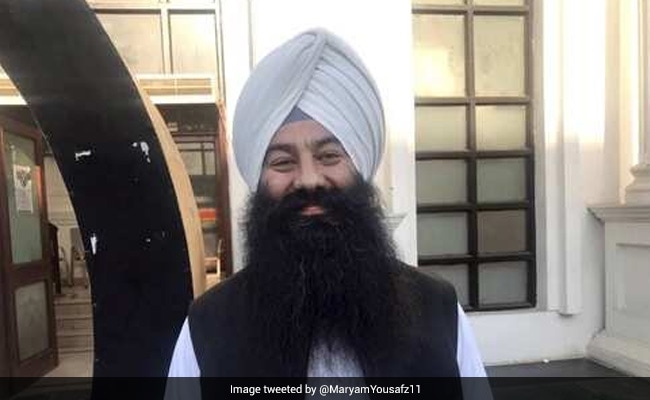 Mr Singh, from Prime Minister Imran Khan’s party, became the first turban-clad Sikh representative from Khyber Pakhtunkhwa province in Pakistan’s Senate on March 3. He defeated rival candidates on a minority seat by a huge margin in the election to the upper chamber of Parliament.

Senator Sayed Muzafar Hussain Shah, who has been nominated as the presiding officer, administered the oath to the members-elect. They have been sworn in as Senators for a term of six years – 2021-27.

Gurdeep Singh, hailing from Pakistan’s Swat district, is the first turban-clad Sikh representative from the province in the Senate.

After taking oath as member of Senate Gurdeep Singh told news agency PTI that he would work for the betterment of the minority community in the country. He was confident that being Senator he would have the opportunity to serve his community in a more better way.

Mr Singh, who is in his late forties, also serves as vice president of the PTI’s central minority wing.

He was previously elected as a Minority Councilor from Chakesar in Khyber Pakhtunkhwa in 2005.

Gurdeep Singh belongs to one of the most influential Sikh families in the region.

Following the Partition, his ancestors left India to settle in Chakesar and his father was a known grain trader.

His sister was married to Sardar Soren Singh, who served as special assistant to the chief minister, during the previous Pakistan Tehreek-e-Insaf party-led government in the province. Sardar Soren was assassinated in Buner in 2016.