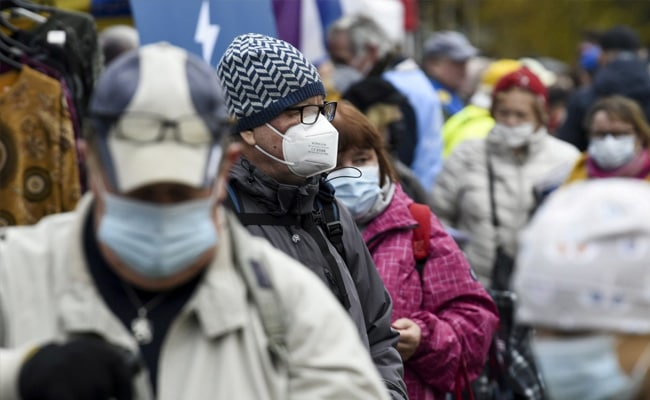 While many countries struggle with a second wave of the coronavirus, Finland has halted a rise in new infections at Europe’s lowest level, helped by the fact that for Finns social distancing comes naturally.

While a remote Nordic location and one of Europe’s lowest population densities play in its favour in the fight against COVID-19, it helps that many Finns like personal space and solitude.

“Maybe the Finnish personal comfort zone is a bit wider than in some other European countries. We’d like to keep people a metre or more away or we start feeling uncomfortable,” said Mika Salminen, director at Finland’s public health authority THL.

On Sunday, Finland’s 14-day cumulative number of COVID-19 cases per 100,000 inhabitants stood at 54.2. The European average is around 576 and worst-hit Luxembourg 1302.8 cases, European Centre for Disease Prevention and Control data showed.

In a Eurobarometer poll, 73% of Finnish respondents said the first wave’s confinement measures had been very or fairly easy to cope with, including 23% considering them “even an improvement” to their daily life.

Many Finns have enjoyed spending more time in nature or having saunas at their lakeside summer cottages.

“We like to be in solitude wandering the forests and swimming in the lakes, so many Finns have actually enjoyed that they have been able to move away from the cities,” Kristian Wahlbeck, director of the Finnish Association for Mental Health (MIELI), said.

In April, the Finnish government’s initial efforts to contain the virus were backed by Europe’s highest rate of remote working, with nearly 60% of Finnish employees teleworking, a Eurofound study showed.

Around 2.5 million of 5.5 million Finns have voluntarily downloaded the government’s contact tracing app, a rate that Salminen’s colleagues at public health authorities in other European countries can only dream of.

“It is actually a key factor in our strategy which is based on very low threshold to testing, contact tracing … and quarantine,” Salminen said.

After the first wave, daily COVID-19 cases fell close to zero in July but the government kept some of Europe’s strictest travel restrictions in place, allowing Finland to enter the second wave from a very low base level of infections.

“In a bus we sit on a free double seat and that’s like natural social distancing for us and it’s, I think, how we are brought up,” said Juha, a teacher in the capital region.