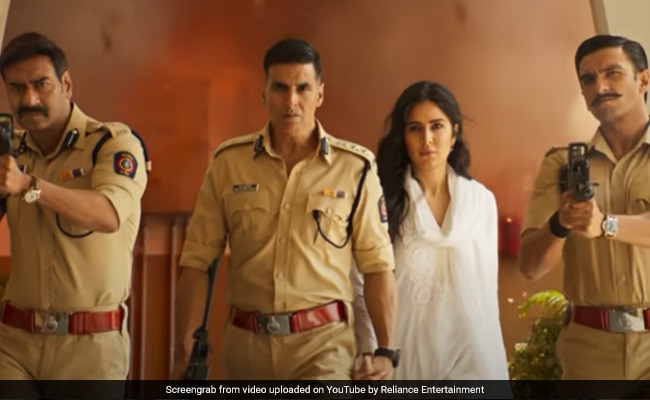 Good news for Akshay Kumar fans! The actor’s much-awaited action-drama Sooryavanshi will now release on April 30 this year. The Rohit Shetty directorial will also feature Katrina Kaif in the lead role. How we know that? Courtesy Akshay Kumar’s Twitter post, where he treated his fans to the grand announcement about the release of the film. He shared a short video reel about the film which comprises of the clips of the actor and rest of the cast members from trailer launch event and many more. Along with the video, he wrote “We promised you all a cinematic experience and that’s what you will get…the wait is finally over! Aa Rahi Hai Police #Sooryavanshi releasing worldwide in cinemas on 30th April 2021. #Sooryavanshi30thApril.” Fans of the actor expressed their excitement about the release of the film and flooded his Twitter post with comments like, “Can’t wait #Sooryavanshi.”

We promised you all a cinematic experience and that’s what you will get…the wait is finally over! Aa Rahi Hai Police #Sooryavanshi releasing worldwide in cinemas on 30th April 2021. #Sooryavanshi30thAprilpic.twitter.com/IZbczUqmqu

Sooryavanshi was slated to release last year but was postponed due to the coronavirus pandemic which resulted in nationwide lockdown. While many movies were released on OTT platforms during the lockdown, makers of Sooryavanshi always made it clear that the film will open in theatres only. The movie theatres were opened across the country in October last year but with only a capacity of 50 percent audience. Now, that the government has allowed the movie theatres to run with full capacity, the makers of Sooryavanshi have decided to release their much-awaited film in cinemas.

Sooryavanshi stars Akshay Kumar playing the role of a cop in the lead role. Katrina Kaif plays the role of Akshay’s love interest in the film. There will also be glimpses of Ajay Devgn and Ranveer Singh in the film. Sooryavanshi marks the latest entry in Rohit Shetty’s cop universe.