Spike In Viral Fever Cases Among Children in Bihar, Many Hospitalised – Unblendednews
Skip to content
India 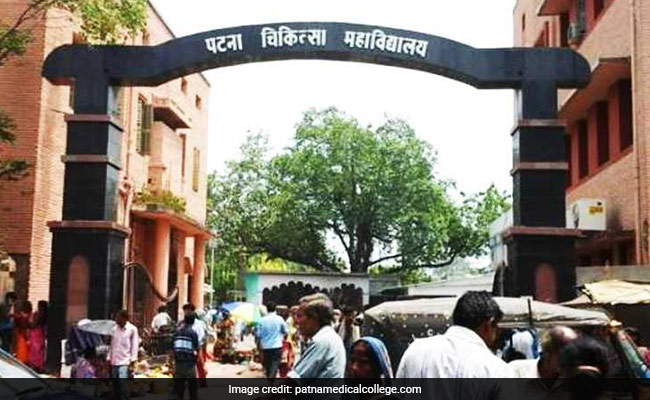 Major hospitals in Patna, including PMCH, are crowded with children suffering from viral fever.

Amid the COVID-19 pandemic, cases of viral fever among children are rising in Bihar and many of the patients have been hospitalised.

Cautioning against unnecessary panic, doctors associated with major state-run facilities have assured people that there is no shortage of infrastructure at present.

Symptoms of COVID-19 have not yet been seen among the children who are under treatment for viral fever, they said.

Talking to PTI, Dr N R Biswas, Director and Vice-Chancellor, Indira Gandhi Institute of Medical Sciences (IGIMS), said the surge in viral fever cases among children has been reported in several hospitals in the state capital.

The number of children affected with viral fever is also rising in other districts, including Muzaffarpur, Dr Biswas said.

“But there is nothing to panic about. It is a seasonal fever that happens every year. We are taking all possible measures to handle the situation.

“At present, there is no shortage of beds in IGIMS, and we have sufficient oxygen cylinders for children,” he said.

The state government is already on high alert and as of now, the situation is completely under control, Dr Biswas said.

“We are quite hopeful that the number of viral fever cases among the children will soon start decreasing,” he said.

However, some doctors at IGIMS believe that if the trend continues, it may lead to a shortage of beds in the paediatric ward, the senior doctor said.

According to the health department, there is a provision of 70 beds in the paediatric ward of Bhagalpur Medical College and Hospital, and at present 53 children are being treated there.

In Gopalganj district, one child died of viral fever last week following which the district administration cancelled the leaves of all doctors and medical staff.

In Hajipur of Vaishali district, around 20 children fell ill last week, out of which one died. At present, seven children are admitted to the special ward of Hajipur Sadar Hospital.

Dr I S Thakur, Medical Superintendent of PMCH, told PTI, “At present, there is no shortage of beds in the paediatric ward of the PMCH. There is no doubt that the sudden increase in the number of viral fever, especially among the children, is a matter of concern, but we are fully prepared to handle the situation”.