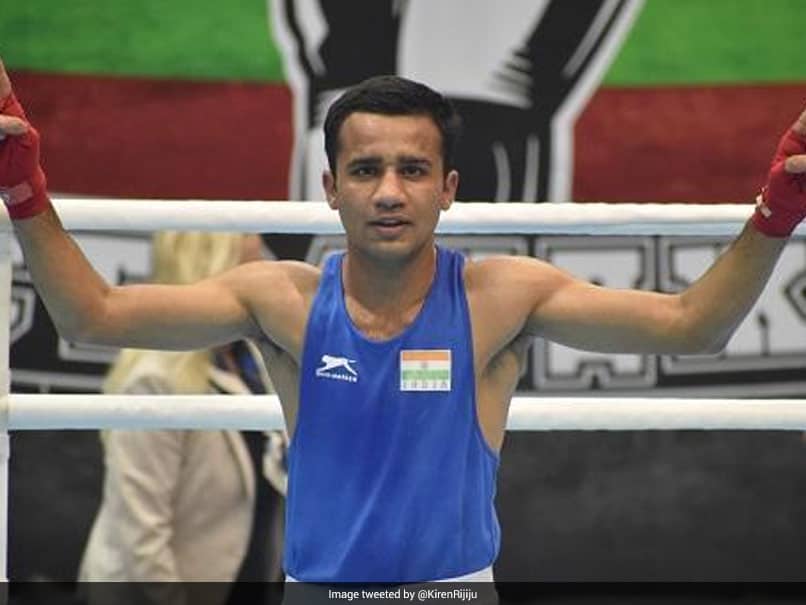 The bout between Deepak Kumar and Daniel Asenov ended in a split verdict.© Twitter


Indian boxer Deepak Kumar’s stupendous run at the 72nd Strandja Memorial tournament ended with a silver medal in Sofia, Bulgaria after he lost a fiercely-contested flyweight (52kg) final on Saturday. Deepak, an Asian silver-winner, was up against Bulgaria’s Daniel Asenov, a two-time European championships gold-medallist. The bout ended in a split verdict in favour of the local favourite. The Indian had created quite a flutter in the tournament when he stunned reigning Olympic and world champion — Uzbekistan’s Shakhobidin Zoirov — in his semifinal showdown.

On Saturday, the Bulgarian seemed the busier of the two boxers in the opening round and was sharper in his counter-attacking game. Asenov’s consistently high guard also denied Deepak a clear shot for most part.

Deepak’s second round was better and he also put up a stronger defensive performance but the judges ruled in favour of Asenov.

In the final three minutes, however, it was Deepak who called the shots for most part, effortlessly dodging his rival’s relentless attacks and also launching some strong ones of his own. But Asenov, despite being visibly jaded, had done enough to seal the issue by that point.

A Naib Subedar in the Indian Army, Deepak is also a former India Open gold-medallist.

Earlier, Naveen Boora (69kg) settled for a bronze medal after going down to Asian Games gold medallist Bobo-Usmon Baturov of Uzbekistan in his semifinal bout.

With this, India signed off with two medals at the event this year, one less than what the country managed in the previous edition. None of the Indian women boxers could make the medal rounds and were eliminated by the quarter final stage.