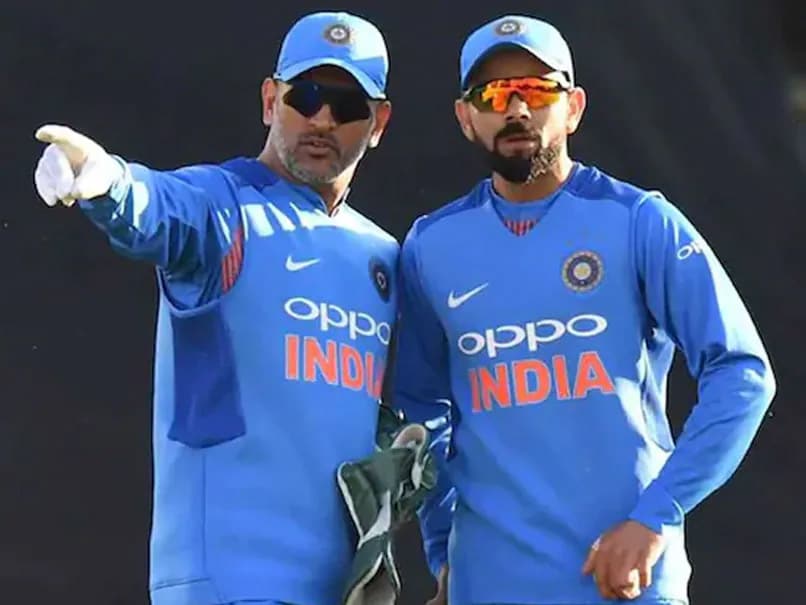 MS Dhoni has been named as the mentor of the Indian team for the T20 World Cup.© AFP

The Board of Control for Cricket in India (BCCI) president Sourav Ganguly has thanked former skipper MS Dhoni for accepting the role of mentoring the Indian team for the upcoming T20 World Cup in UAE and Oman. “MS Dhoni’s addition to the side is a way to use his experience for the T20 World Cup. I also thank Dhoni for accepting BCCI’s offer to help the team for this tournament,” Ganguly told BCCI.tv. Former BCCI treasurer Anirudh Chaudhry also said it will undoubtedly enhance India’s chances of bringing the trophy home.

Having worked closely with Dhoni in an administrative capacity during the 2009 T20 World Cup (media manager) as well as India’s tour of England in 2011 (manager), Anirudh called it an excellent move.

“It is an excellent decision to bring MS Dhoni on board as the mentor for the team. MS, Ravi Shastri, Virat Kohli and Rohit Sharma form a very potent leadership group and this decision enhances the team’s chances at the ICC T20 World Cup. This decision of the BCCI secretary must be lauded,” he told ANI.

BCCI secretary Jay Shah on Wednesday said he spoke with former skipper Dhoni on being the mentor of the Indian team for the upcoming T20 World Cup and the current team management is on the same page about the decision.

“As far as MS Dhoni is concerned, I spoke to him when I was in Dubai so he was okay with the decision and he agreed to be the team mentor for T20 World Cup only. I discussed this particular issue with my colleagues also, they are all on the same page,” Shah said during the virtual press conference.

“I spoke to captain and vice-captain as well as head coach Ravi Shastri, they all are on the same page so that is why we reached a conclusion,” he added.