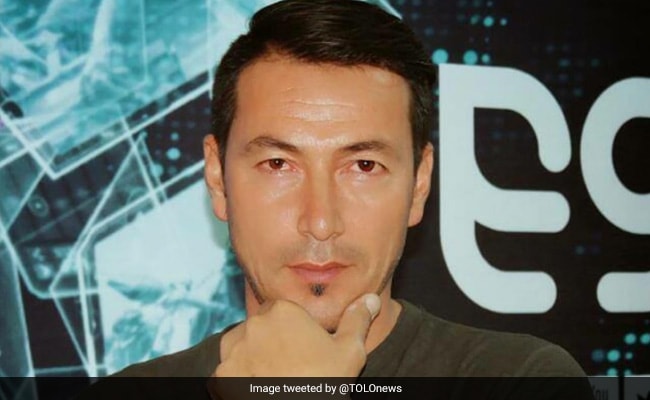 Wahid Ahmadi was filming the protest today when he was arrested, TOLOnews has said.

The Taliban militia today arrested several journalists — and later reportedly released some — for covering today’s massive protests in Kabul against Pakistan’s alleged interference in the war-torn country. Among those arrested were reporters and cameraperson of TOLOnews and Ariana News.

TOLOnews said its camerperson Waheed Ahmady was arrested while filming the protest. Lotfullah Najafizada, head of Afghanistan’s first 24 hour news and current affairs television channel, appealed to the terrorist group to release him.

Bais Hayat, a journalist with Ariana News, another leading Afghan news TV network, also reported that his colleague Sami Jahesh, along with cameraman Samim, had been detained by the Taliban during coverage of today’s protests. “We have been out of contact with them for more than two hours and we do not know their status,” Mr Hayat tweeted.

On the other side, one of our cameramen was #arrested while covering the #women#protests in #Balkh and is still in prison.

A little later, however, the TOLOnews head said cameraman Ahmady had been released.

Waheed Ahmady is released along with a dozen other journalists. Some equipment still to be found. https://t.co/PdRvP88n5R

Hundreds of Kabul residents came out on the city streets today in protest against what they said was meddling by Pakistan in Afghanistan’s affairs, three weeks after the Taliban’s takeover. In videos shared by local journalists on social media, the crowds were heard shouting slogans like “Death to Pakistan”, “We don’t want a Pakistani puppet government”, and “Pakistan, leave Afghanistan”, among others.

The Taliban fired shots into the air to disperse crowds at the protest, news agency AFP reported.

“The Islamic government is shooting at our poor people,” one panic-stricken woman on the street was seen saying over sounds of gunfire in a video clip posted on Twitter by Asvaka news agency. “These people (Taliban) are very unjust, and they are not human at all.”

Video: Hundreds of protesters demonstrated in front of Pakistan’s embassy in Kabul on Monday. They dispersed after Taliban forces fired into the air.#TOLOnewspic.twitter.com/qV2QaNgOme

Pakistan’s spy agency Inter-Services Intelligence (ISI), known to back terror groups against India, is believed to be working with the Taliban and laying the groundwork for a new government in Afghanistan where a US-led alliance fought a war against terror for 20 years.