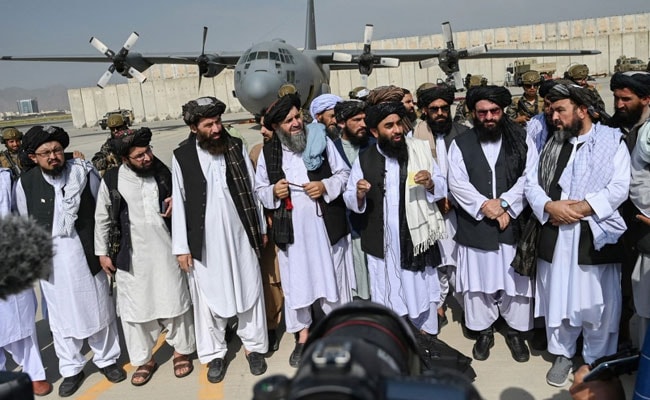 Hibatullah Akhundzada has never been seen in public. (File)

The Taliban’s secretive supreme leader on Tuesday told the newly appointed government to uphold sharia law, in his first message since the hardline movement swept to power.

“I assure all the countrymen that the figures will work hard towards upholding Islamic rules and sharia law in the country,” Hibatullah Akhundzada, who has never been seen in public, said in a statement released in English.

Akhundzada told Afghans that the new leadership would ensure “lasting peace, prosperity and development”, adding that “people should not try to leave the country”.

“The Islamic Emirate has no problem with anyone,” he said.

“All will take part in strengthening the system and Afghanistan and in this way, we will rebuild our war-torn country.”

Akhundzada’s public profile has largely been limited to the release of messages during Islamic holidays, but the group has shed some light on his whereabouts following its takeover of Afghanistan.

“He is present in Kandahar,” Taliban spokesman Zabihullah Mujahid said after they seized power.

Another spokesman had said Akhundzada was due to make a public appearance “soon”.