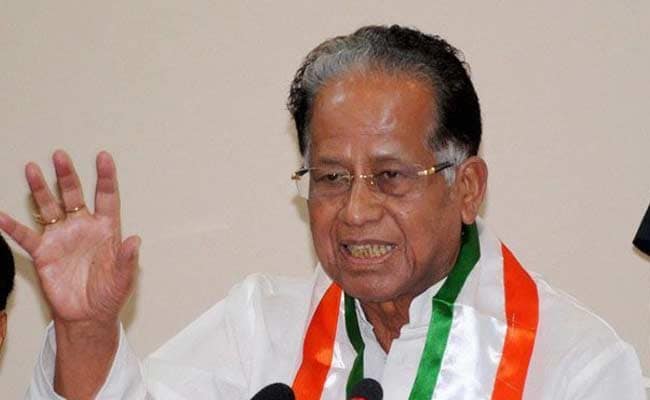 Tarun Gogoi was the chief minister of Assam for three continuous terms.

Tarun Gogoi, the chief minister of Assam for three continuous terms who changed the face of the state from a hotbed of insurgency to a land of opportunities, is no more.

Mr Gogoi, who was 86, was admitted to hospital with coronavirus on August 25.

Days after his discharge from hospital, he had to be readmitted on November 2 and was on ventilator support after suffering multi-organ failure.

He is survived by his wife Dolly Gogoi, daughter Chandrima Gogoi and son Gaurav Gogoi.

A six-time member of parliament from Assam and twice Union minister, Mr Gogoi returned from Delhi to politics in his home state in 2001, charged with leading the party in Assembly polls against the powerful AGP Government of Prafulla Kumar Mahanta. At that time, no one gave him a chance. But he pulled it off, leading the Congress to a victory.

A first time Chief Minister, he took charge of the state at a very difficult time. Insurgency at its peak, brutal killings frequent, development at a standstill and coffers drained.

Mr Gogoi changed all that in the 15 years he was in power, crushing insurgency and putting the wheels of the economy back on track. There were occasional eruptions, like the Kokrajhar ethnic clashes of 2012. Mr Gogoi dealt with them with an iron hand.

In 2010, corporate India came calling on Assam, led by Ratan Tata. By 2016, Assam was holding the all-important South Asian Games.

Born in 1936 to Usha and Kamaleshwar Gogoi, Tarun Gogoi grew up in a tea garden in Jorhat district where his father was a doctor.

Mr Gogoi trained as a lawyer, but practiced only briefly before taking the political plungein 1963. He made a debut in electoral politics in 1968, winning a place in the municipal board.

He was handpicked by Indira Gandhi to lead the Youth Congress in 1971, grew to be a close confidant of prime minister Rajiv Gandhi and was Union Minister twice between 1991and 1995. He was also the member of the fifth, sixth, seven, ten, twelve and thirteenth Lok Sabha.

The undisputed leader of the Congress in Assam, in fact, the region, the party stood solidly by Mr Gogoi when Himanta Biswa Sarma rebelled in 2015 against Mr Gogoi’s son Gaurav Gogoi’s entry into politics.

BJP’s historic victory in the 2016 Assam polls saw Mr Gogoi’s exit as chief minister. But he remained a blunt, straightforward politician, questioning the government from the opposition bench until he contracted COVID-19.