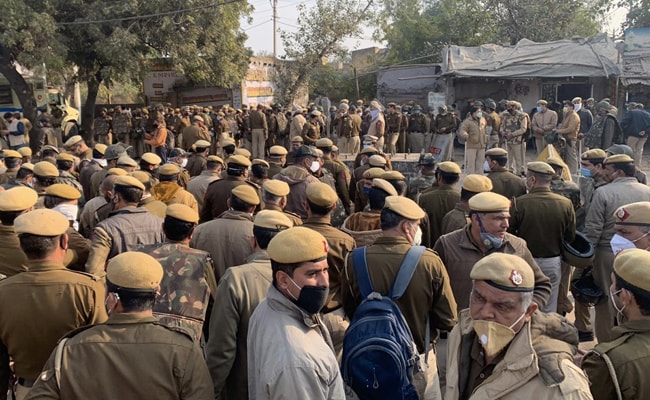 A large number of police personnel have been deployed at the borders.

New Delhi:
Thousands of farmers heading to Delhi in tractors and on foot for a protest braced for a confrontation this morning with security personnel posted by BJP-ruled Haryana, which has put up barricades to block them. Farmers from six states – Uttar Pradesh, Haryana, Uttarakhand, Rajasthan, Kerala and Punjab – are massing for a two-day “Delhi Chalo” protest march against new farm laws that they fear will take away their bargaining power and allow large retailers to have more control over prices. The Delhi government has refused to allow any rally in the city, citing the coronavirus outbreak. Delhi’s borders at Gurugram and Faridabad have been sealed and metro services have been affected.

Here is your ten-point cheat sheet on this big story: