The Girl On The Train Review: Parineeti Chopra’s Film Runs Out Of Steam Quickly – Unblendednews
Skip to content
Trending Stories 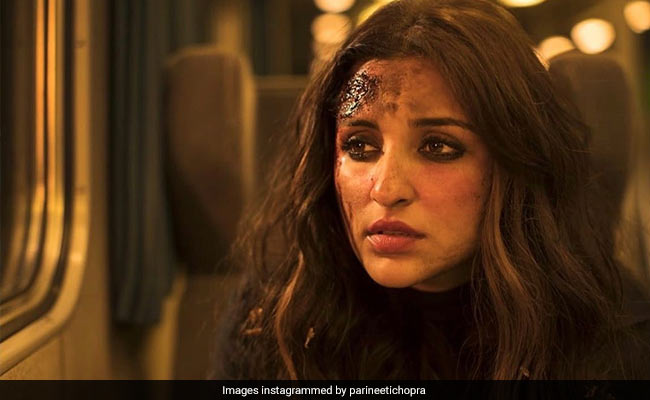 The Girl On The Train: Parineeti Chopra in the film. (courtesy parineetichopra)

A psychological thriller with too many arbitrary twists for its own good, The Girl On The Train, a Netflix presentation, runs out of steam pretty quickly and degenerates into a bumpy ride. The film, written and directed by Ribhu Dasgupta, deviates sharply, and frequently, from the source material – British author Paula Hawkins’ bestseller of the same title that yielded an Emily Blunt-fronted Hollywood movie in 2016 – and loses its way in a maze of cliches.

The Girl On The Train has a go at the entire gamut – deceit, betrayal, blackmail, murder, vengeance and a police investigation – but not for once manages to pique our curiosity, generate any degree of intrigue or create the slightest semblance any tension. It plays out like a puzzle with key pieces missing, pretty much in the manner in which the female protagonist’s memory functions.

The heroine, who goes from a being an intrepid lawyer – she sends a drug trafficker to jail for murder despite a dire warning to stay off the case – to a pale shadow of her old self, tense, disoriented and utterly clueless about the line separating the past and the present. “I want to change my future, she says in the course of a rehab session, and for that I have to remember.” Given the kind of film The Girl On The Train turns out to be, we, on our part, wouldn’t mind forgetting.

The surface sheen of The Girl On The Train, lensed competently by cinematographer Tribhuvan Babu Sadineni, cannot conceal the big hollow at its heart created by the tinkering the original plot has been subjected to. It is never clear if the women in the film are meant to be admired, pitied or simply left to their own devices. About the men, the less said the better.

The life of a London lawyer Mira Kapoor (Parineeti Chopra) goes into a tailspin when she suffers a miscarriage due to a road accident. She becomes an alcoholic, has frequent meltdowns, and is unable to process and retain fresh memories. Her cardiologist-husband Shekhar (Avinash Tiwary) divorces her.

The loss of her child, her marriage and her career leaves her psychologically scarred. Her delicate state of mind triggers the onset of anterograde amnesia. She indulges in self-flagellation until she opens up a bloody wound on her forehead. That, overall, is the state of the two-hour film.

On her daily train trips to nowhere – since the car crash, Mira has stopped practising but continues to pretend that she is on her way to work – she passes by her old house now occupied by a happily married couple, Nusrat (Aditi Rao Hydari) and Anand (Shamaun Ahmed). She views Nusrat with a mix of envy, desire and remorse. And then the illusion breaks and Mira is unable to control her disappointment. Nusrat goes missing.

A murder is committed in Greenwich forest – we see a glimpse of it in the opening sequence in which a woman in a red jacket is chased by a figure in a black hoodie. Mira is the prime suspect but she has no recollection of what happened that night. The police investigator – a turbaned lady inspector (Kirti Kulhari) – is confident that she is on the right track.

CCTV videos, mobile phone chats and even recordings of sessions with a shrink – Dr. Hamid, played by Tota Roy Choudhury – are pressed into service by the cop and the net closes in on Mira. If you are wondering if all this serves the purpose of grabbing your attention, the answer is a resounding NO.

A thriller works when the audience is fully invested in the plight of the protagonist. Here, Mira’s frail psyche, aggravated by alcohol abuse, fails to evoke sympathy because her actions and the events that take place around her are anything but convincing. The men in her life are either crooked manipulators or feckless, spineless creatures unable to give her the emotional support she requires to climb out of the trough she is in.

In order to liberate herself from the mess, Mira has to down several Jagers in a pub. She breaks into a fitful dance. But these are at best temporary respites, and the tormented lady keeps vacillating between extreme despair and sudden bursts of activity, both of which are fraught with grave danger. When she wakes up from a drunken stupor, she has a mark of fresh injury on her head but no way of knowing how it got there.

The Girl On The Train does not go very far because it is unsure of the methods that it needs to employ to make the female-led drama look and feel different from average thrillers people by foul-mouthed, trigger-happy cops and criminals. It opts for the easiest ways out and allows the more complex themes embedded in the plot – mental illness, toxic relationships and the perils of addiction – to remain unexplored.

There are moments inThe Girl On The Train that require Parineeti Chopra to go all guns blazing. She tries her darndest, but she often akin to a featherweight boxer who has strayed into the ring of a heavyweight bout. She is at times out of her depth.

Not so Aditi Rao Hydari. Operating within the limited emotional span of the role she plays she is unfailingly luminous. She infuses the core of the character with both beauty and fragility, a combination that makes Nusrat’s pain and confusion palpable. The two other key women in the plot – Mira and the inspector – have to deal with their share of agony, but their inner turmoil appears for the most part to skim the surface.

Kirti Kulhari’s role is as unpersuasive as the rest of the film. “Hiding the truth will only bring you more trouble,” she intones on one occasion. On another, interrogating a suspect, she asks: “Do you want to tell me what’s going on?” That is the question that the actress, not the character, should ideally have directed at the screenwriter in the hope of being given a clue. What really is going in? It’s difficult to fathom.