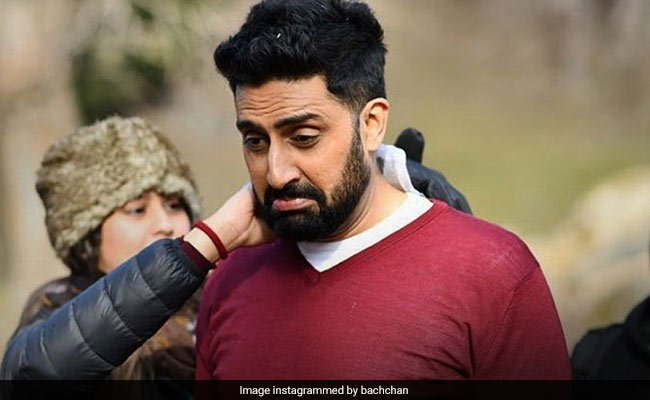 We don’t know about now, but Abhishek Bachchan was definitely not a morning person during his school days. The 44-year-old actor couldn’t hold back when he spotted a tweet by Uber Facts, which, citing an article in The Independent, said: “Starting school at 10 AM instead of 8:30 AM halves student illness and improves academic performance.” This appears to have brought back memories, not pleasant ones, for Abhishek Bachchan, who tweeted: “Why didn’t they realise this when I was in school?” with a bunch of question marks and exclamations to make his point. Netizens couldn’t relate more to Abhishek’s reaction and wrote “same story” on his post.

Years after finishing school, here’s what Abhishek Bachchan tweeted about his school timings:

Undoubtedly, Abhishek Bachchan has an impressive sense of humour, glimpses of which we often see in his burning response to trolls. Abhishek is often subjected to hate tweets about his star lineage, is referred to as “unemployed” and mocked for living with his parents, each of when he hits back at trolls in typically Abhishek manner. Abhishek is Amitabh and Jaya Bachchan’s son. Shweta Bachchan Nanda is his sister. The actor married Aishwarya Rai Bachchan in 2007 and the couple are parents to a daughter named Aaradhya.

Abhishek Bachchan was last seen in the film Ludo, which premiered on OTT platform Netflix on November 12. Abhishek Bachchan’s list of upcoming movies also include The Big Bull, which was announced as one of the seven big Bollywood movies to be released on OTT platform Disney+Hotstar. Abhishek will also be seen in the titular role in the movie Bob Biswas, which is a spin-off of 2012 thriller Kahaani.