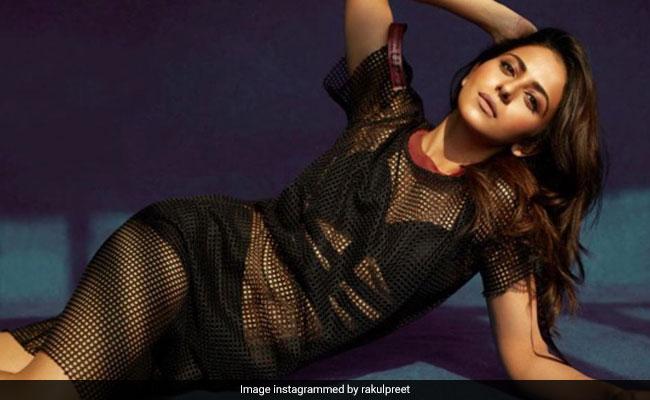 What’s the time on your watch? Because “it’s tan o’clock” for Rakul Preet Singh. While most of us are dealing with Monday blues, the 30-year-old actress was in the mood for some good old tan, which she made explicitly clear in her Instagram post. Rakul Preet Singh Instagrammed a glimpse of what appears to be a photoshoot, in which she can be seen soaking up the sun in a black bikini paired with a mesh overlay dress. Rakul Preet Singh’s mood for tanning reminds us of her fondness for the sea and a good dose of Vitamin D – she wrapped 2020 with a vacation in the Maldives, which made way for plenty of tan-time.

Rakul Preet Singh is best known for films such as Marjaavaan, De De Pyaar De, Aiyaary, Yaariyan, Manmadhudu 2, among others. She will next be seen in an untitled cross-border love story. The film stars Arjun Kapoor in the lead role. It also features John Abraham and Aditi Rao Hydari in pivotal roles. Rakul Preet Singh recently signed Mayday. The actress will play the role of a pilot in the thriller-drama, which will be directed and produced by Ajay Devgn. The film also stars Amitabh Bachchan.