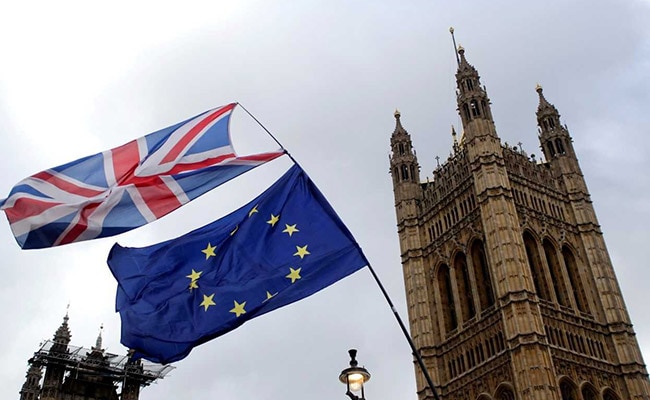 Britain says it won’t be extending the transition period. (File)

Britain rejects any extension of a Brexit transition period or further talks past this year, Prime Minister Boris Johnson’s spokesman said Monday as negotiations in Brussels went down to the wire.

“Time is obviously now in very short supply. We are in the final stages. We are prepared to negotiate for as long as we have time available, if we think an agreement is still possible,” the spokesman told reporters.

But he stressed: “We’ve been clear on multiple occasions that we won’t be extending the transition period. That remains the case.”

Asked whether talks might continue next year, on the basis of a provisional deal to avoid a cliff-edge divorce on December 31, the spokesman added: “I can rule that out.”

Unless the EU gives ground on the main outstanding issues, Johnson believes “it won’t be possible to reach an agreement” and Britain will “prosper” on stripped-down trading terms, he said.