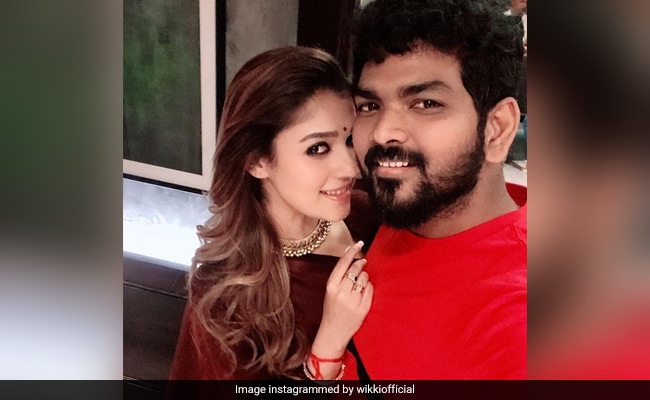 Happy birthday, Nayanthara! The actress turned 36 on Wednesday. To wish his girlfriend, director Vignesh Shivan shared a special post for the actress shortly after the clock struck midnight on her birthday. He shared two pictures of Nayanthara and wrote: “Happy birthday to you, Thangamey.” In the pictures, Nayanthara can be seen dressed in a white t-shirt and a sequin skirt and posing at the Santa Monica Pier in Los Angeles. On the actress’ birthday, the teaser of her upcoming film upcoming thriller Netrikann will be unveiled. Sharing a new poster of Netrikann featuring Nayanthara, Vignesh, who has produced the film, wrote: “Happy birthday to you, Thangamey. Be the same inspiring, dedicated, sincere, honest person that you are and keep flying! May God always bless you with only happiness and consistent success! For another year filled with a lot of positivity and amazing moments.”

Netrikann, directed by Milind Rau, is a remake of Korean film Blind and Nayanthara plays the lead role in that.

In September, after the nationwide lockdown, Nayanthara and Vignesh Shivan enjoyed a relaxing getaway in Goa. The couple were accompanied by their parents, respectively. The director even celebrated his 35th birthday with Nayanthara and her family in Goa.

Check out the pictures from their Goa diaries here:

Nayanthara and Vignesh Shivan met on the sets of 2015 film Naanum Rowdydhaan, which Vignesh directed. It featured Nayanthara in the lead role. They fell in love soon after that.

In terms of work, Nayanthara will also be seen alongside Rajinikanth in Annaatthe.