Trending: Shilpa Shetty’s Pic With The “Anmol Ratan” Of Her Life – Unblendednews
Skip to content
Movies 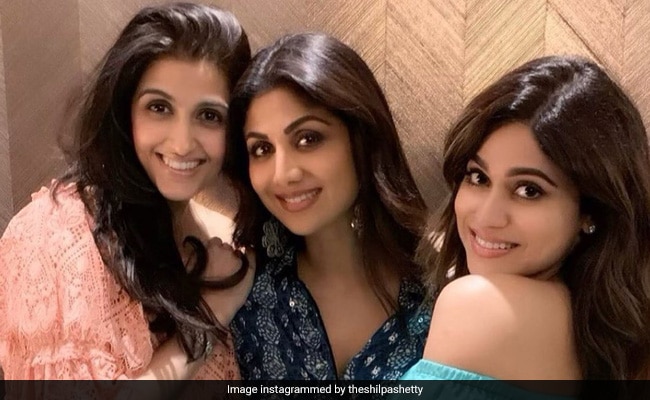 Actress Shilpa Shetty found a spot on the list of trends after she dedicated an adorable post to her sister Shamita Shetty and best friend, actress Akanksha Malhotra. Shilpa re-shared a photo originally posted by Shamita and revealed that the “sister squad” as the two precious gems of her life: “Mere do Anmol Ratan.” Sharing what Shamita and Akanksha actually mean to her, Shilpa Shetty wrote: “One is sweet as candy. The other is cute as a button. With the loves of my life.” Shamita Shetty, who had captioned the photo on her wall in these words: “With the loves of my life,” dropped the kiss emojis on sister Shilpa’s post.

On Shilpa Shetty and Raj Kundra’s wedding anniversary this year, Akanksha wished the couple with a heart-warming message: “You both are an epitome of what a perfect marriage should be. God bless, you’ll with a lifetime of happiness, togetherness, success and loads of love forever and ever.”

In terms of work, Shilpa Shetty was seen as one of the judges on the TV reality show Super Dancer Chapter 3. She is making her comeback to films after a gap of 13 years with Sabbir Khan’s Nikamma.