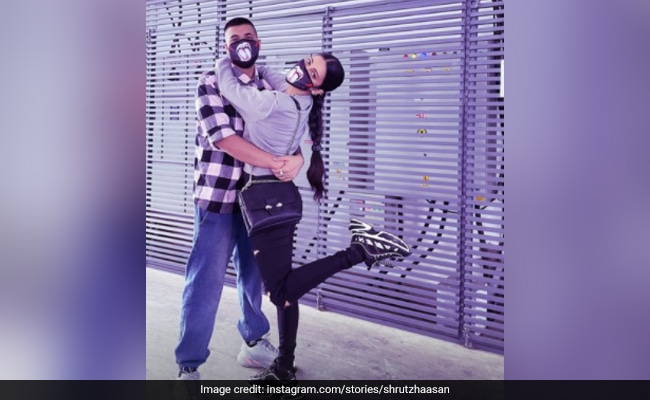 Shruti Haasan began trending after she posted a set of mushy pictures with her boyfriend Santanu Hazarika on her Instagram stories on Saturday. The pictures happen to be from Chennai. In the aforementioned photographs, Shruti and Santanu can be seen happily posing together. “Chennai Chilling Scenes,” the actress captioned one of the pictures that she posted on her Instagram stories. The couple can be seen wearing matching masks in the photographs. Santanu Hazarika is a doodle artist and an illustrator and also the founder of Guwahati Art Initiative. See the pictures shared by Shruti here: 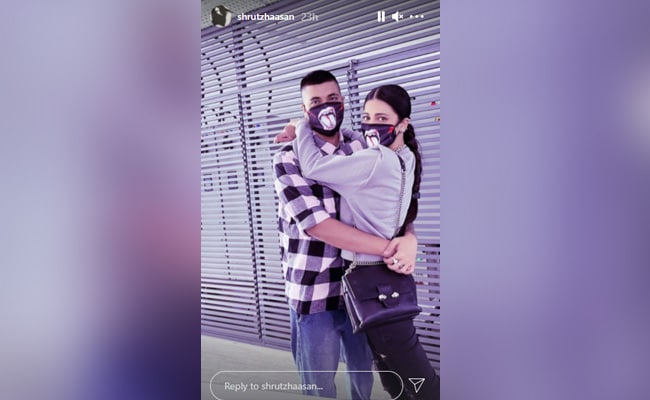 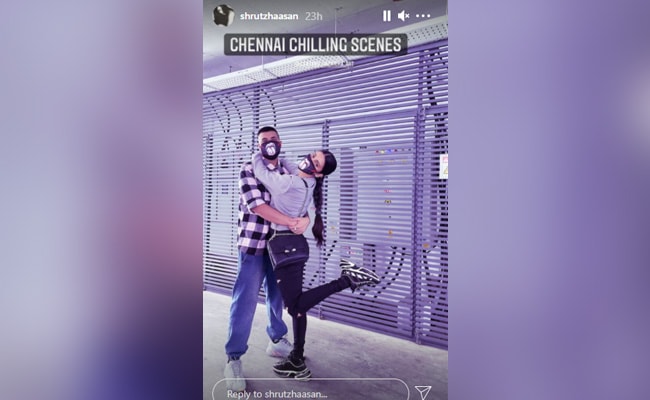 Shruti and Santanu Hazarika frequently appear on each other’s Instagram profiles. On the actress’ 35th birthday, Shruti thanked him and she wrote: “Thank you for making my birthday special.”

ICYMI, this is the picture we are referring to: 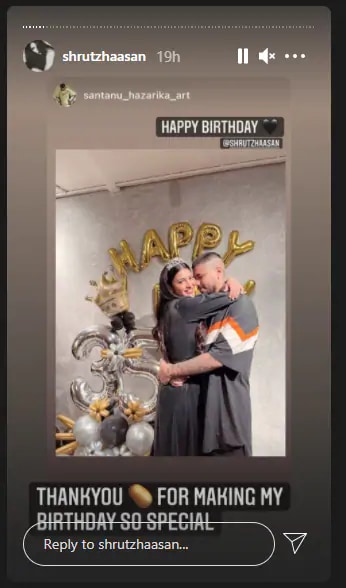 Shruti Haasan, daughter of veteran actor Kamal Haasan and Sarika, has starred in several Tamil as well as Bollywood films. She stepped into Bollywood with the 2009 film Luck, co-starring Imran Khan. The actress has also been a part of films such as Welcome Back, Ramaiya Vastavaiya, Dil Toh Bachcha Hai Ji and D-Day among others.