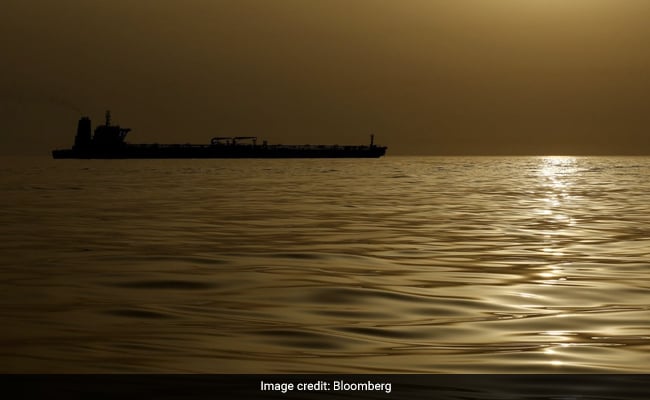 Tensions in the Middle East have also mounted recently due to a spate of attacks on ships.

The U.S. policy of stopping Iran from exporting oil suffered a setback after a United Arab Emirates sheikh laid claim to a cargo that Washington seized and alleged is from the Islamic Republic.

A company controlled by the Emirate of Fujairah’s ruler told a U.S. court that the roughly 2 million barrels of crude was originally from Iraq. Fujairah International Oil & Gas Corp., wholly owned by Sheikh Hamad bin Mohammed Al Sharqi, said it’s an intermediary seller of the oil, according to a claim filed in a federal court in the District of Columbia.

The case underscores the difficulty the U.S. faces as it tries to bar Iran from generating income from energy sales and pressure it into re-starting nuclear talks.

While shipments of Iranian oil have slumped due to threat of U.S. penalties, they have picked in recent months, though their origin is often disguised. The main buyers are refiners in China.

Washington alleges that Iran’s Islamic Revolutionary Guard Corps and the IRGC-Quds Force — both classified as terrorist organizations by the U.S. — covertly shipped the oil abroad, relying on ship-to-ship transfers and falsified documents. Iran said the cargo belonged to the “private sector” and that its seizure was an “act of piracy.”

“I’m sure that Iranian oil is continuing to flow,” said Iman Nasseri, managing director for the Middle East at consulting firm FGE. “Forging documents like bills of lading and others needed for trades is not that big a problem.” 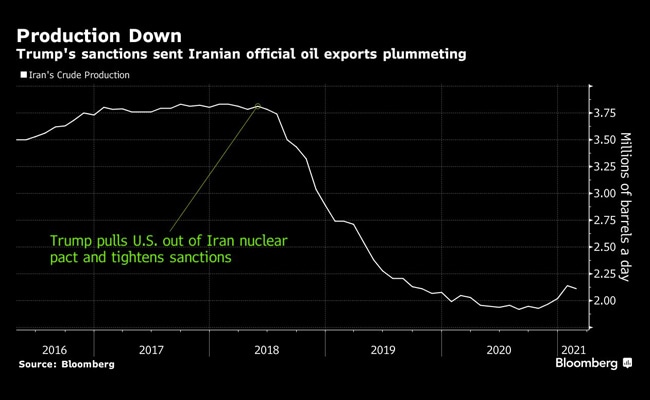 U.S. President Joe Biden has proposed that the two nations return to a 2015 international agreement under which Iran limited its nuclear activities in exchange for sanctions relief. His predecessor, Donald Trump, pulled the U.S. out of the accord in mid-2018 and tightened sanctions. Tehran says those must end before a new round of talks can begin.

Tensions in the Middle East have also mounted recently due to a spate of attacks on ships and energy facilities. Saudi Arabia’s Ras Tanura oil-export terminal — the world’s largest — was attacked by drones and missiles earlier this month. Yemen’s Houthi rebels, who are supported by Iran, claimed the assault.

Several tankers were targeted with mines in the Red Sea last year, while an Israeli-owned cargo vessel was struck by an explosion in the Persian Gulf in late February. Tehran said on Monday that Israel was probably to blame for a “sabotage operation” that damaged an Iranian ship in the Mediterranean Sea last week.

FIOGC said that in June it bought the crude from an undisclosed Iraqi supplier, which presented bills of lading from Iraq’s state oil marketer SOMO as proof of origin. FIOGC then stored the oil on a ship at the port of Fujairah, an energy-trading hub on the UAE’s Gulf of Oman coast.

Calls placed to SOMO on Sunday weren’t answered, while FIOGC didn’t immediately respond to a request for comment.

In October, FIOGC sold the oil to an unidentified Chinese buyer. Under the agreement, FIOGC was responsible for delivering the crude and chartered the supertanker Achilleas for the journey to China.

The U.S. government moved to seize the cargo late last year after the Achilleas’ Greek owner, Capital Ship Management Corp., alerted authorities to the possibility it had unknowingly taken on Iranian crude, after believing it came from Iraq.

The Achilleas rerouted to the U.S. and the crude was discharged in Houston this month. FIOGC says it retains a financial stake in the cargo.

The U.S. Department of Justice filed a legal case in early February to allow it to seize the oil.

FIOGC was established last year to trade petroleum products, with a primary focus on floating-storage facilities. They were “particularly important in 2020” because the coronavirus pandemic hammered demand for oil and traders ran out of space at onshore tanks, according to FIOGC’s court filing.

Sheikh Hamad is also a member of the UAE’s Supreme Council, the country’s executive arm. The UAE is one of the U.S.’s closest allies in the region. It’s a federation of seven emirates including Fujairah, though Abu Dhabi is the capital and holds the most sway politically.