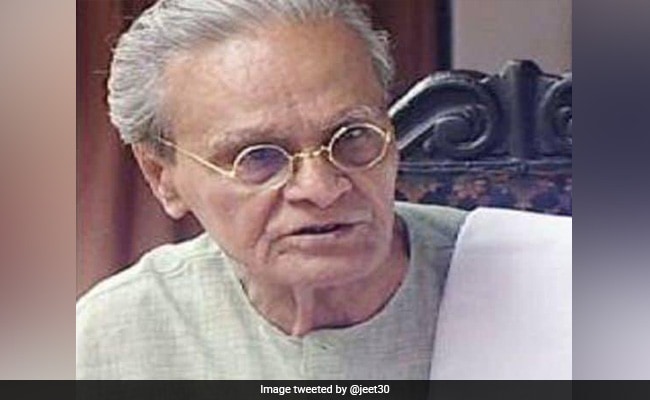 Veteran Bengali actor Manu Mukherjee died in Kolkata on Sunday following a cardiac arrest, family members said. He was 90. He is survived by wife and two daughters. Manu Mukherjee, who had started his film career with Mrinal Sen’s Nil Akasher Niche (1958), earned plaudits with his roles in Satyajit Ray’s Joy Baba Felunath and Ganashatru. He had also received critical appreciation for his actin prowess in children’s fantasy film Patalghar’.

Mourning his death, West Bengal Chief Minister Mamata Banerjee tweeted, “Saddened at the passing away of veteran theatre and film actor Manu Mukherjee. We conferred on him the Lifetime Achievement Award at the Tele-Samman Awards 2015. My condolences to his family, colleagues and admirers.”

West Bengal Motion Pictures Artists’ Forum, of which Manu Mukherjee was an active member, also condoled his death. Director Atanu Ghosh, actors Sujan Nil Mukherjee and Saswata Chatterjee were among those who took to social media to fondly remember their association with him.